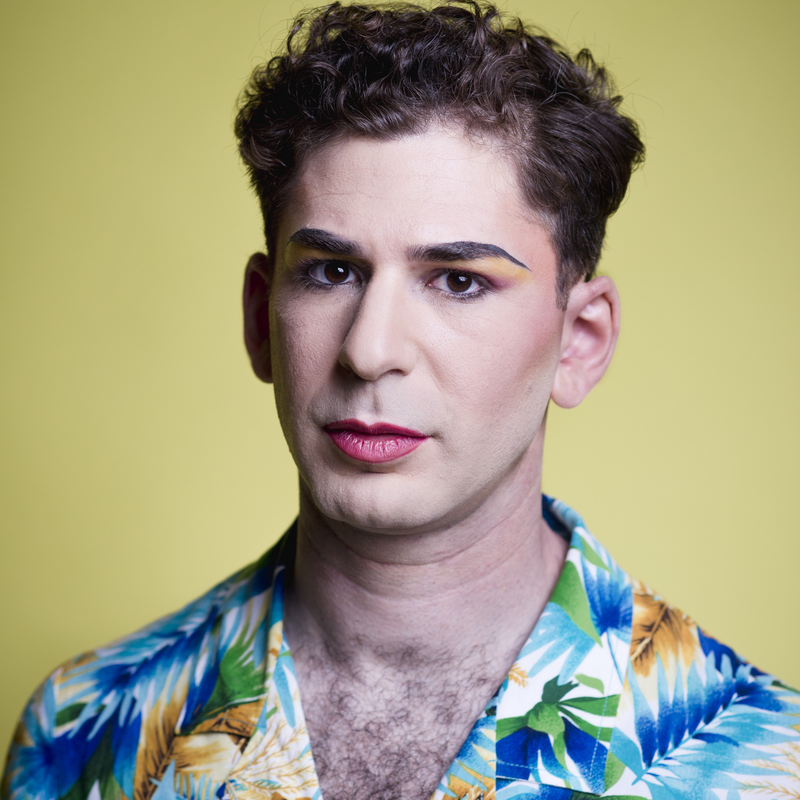 Josh Glanc returns to Adelaide after a huge 2017.
After winning the Perth Fringe Comedy Award last year, the Adelaide Fringe weekly Comedy Award and being shortlisted for the overall Comedy Award, he went on to completely sell out his Melbourne Comedy Festival season. He then went on to sell out shows in Edinburgh and Europe and was named by THE AGE as one of the country’s “most exciting emerging talents” and listed by the HERALD SUN as one of the must see comics on the circuit. He just finished up an incredible run at Perth Fringe 2018 with his new show Karma Karma Karma Karma Karma Chamedian – selling out its entire season, being nominated for both the Comedy Award and the Arts Editor award (the only comedy show to be nominated) and receiving brilliant reviews. If you missed him last year, don’t make the same mistake. This performer’s unique brand of surreal and surprising comedy is an absolute must see! “brilliant beyond belief… brings comedy to a whole new level” ★★★★★ – THE FOURTH WALL(18 Feb 2018) “Whoever told Glanc to give up his day job 18 months ago deserves a pat on the back. He’s a riot” ★★★★½”- THE WEST AUSTRALIAN (20 Feb 2018) “Bizarre, provocative, random, clever ... go see him ★★★★½ " - THE ADVERTISER “a hairy moustached man in his underwear. ★★★★½" FRINGEFEED.COM (16 Feb 2018) "I’m not quite sure what just happened but whatever it was, it was hilariously ingenious." - THE CLOTHESLINE

Josh Glanc is a multi-award winning comic and performer. His debut show 99 Schnitzels (Veal Ain't One) sold out throughout Australia, won the best comedy award at Fringe World 2017 and saw him named one of comedy's ‘most exciting emerging talents' (The Age). He has performed at Splendour in the Grass Festivals and The Falls Festivals.  His second show Manfül was nominated for best comedy at the Melbourne Fringe and went on to win the weekly award for Best Comedy at the Adelaide Fringe as well as being shortlisted for the overall Best Comedy award. Manfül went on to enjoy a completely sold-out season at the Melbourne International Comedy Festival and was then presented at the Gilded Balloon as part of the Edinburgh Festival where Glanc enjoyed a smash hit debut season