James Bustar - Caught in the Act 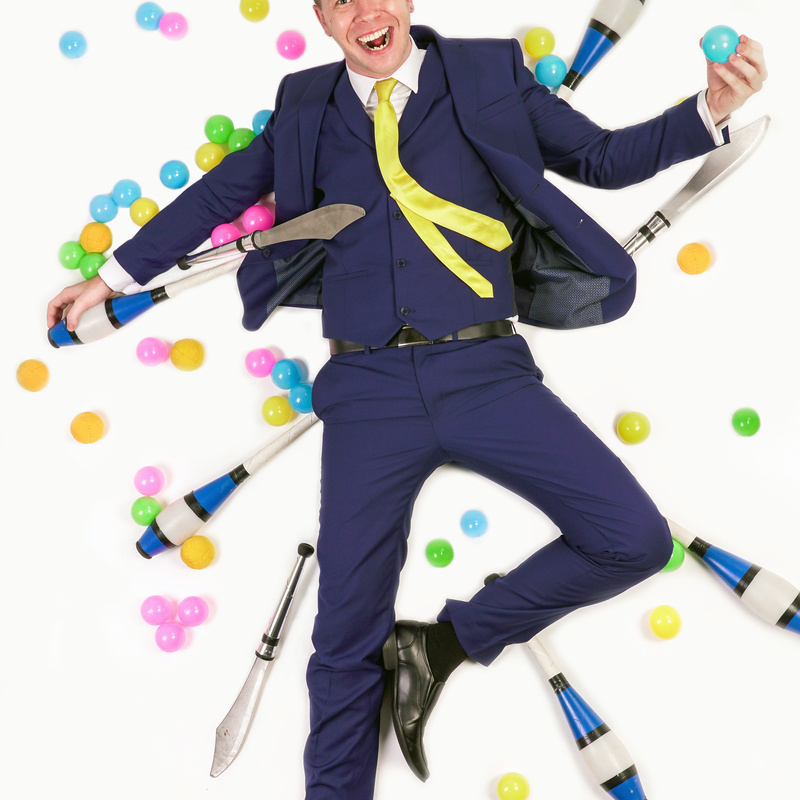 "He juggles for real -- and with a comedy flourish that keeps audiences well entertained." Herald Scotland.

"A skilful Juggler who manages to be funny while chucking axes over his head" The Times.

★★★★ "James Bustar brings his comic side -- unleashing a clever and expertly designed juggling act." The Stage.

One of England’s most hilarious, grab-your-stomach-in-laughter entertainers is exactly what you’ll find in James BuSTAR. This world-renowned juggling funny man has been featured on some of the largest stages possible including that of Australia’s Got Talent! This is the type of guy that likes to play with everything from axes to tennis rackets!

James gained his recognition as a household name, pleasing a nationwide audience of people looking to laugh with his breathtaking funny juggling skills and drop-your-jaw antics. Many of James’ performances and major appearances are held within his home country of England, but James has also performed globally, with tour stops in countries ranging from Papua New Guinea to Cambodia, and even Vietnam to Japan.