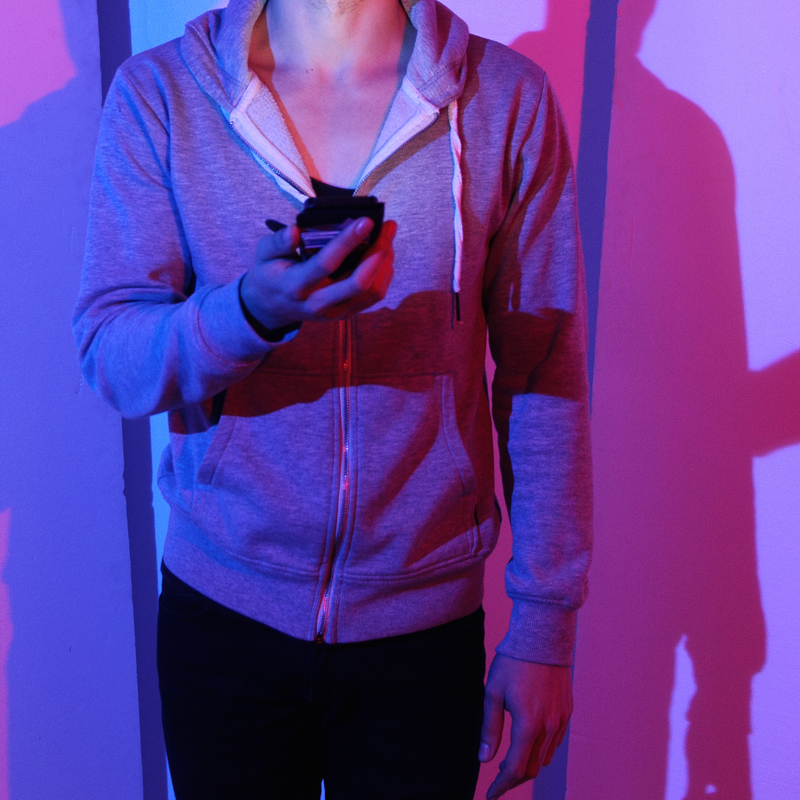 "It's about connection. Connection in all its forms: between people, friends, lovers, electricity cords & sockets, all getting close. Trying to get closer."

Intimacy is dead, and we're partying with its corpse. A post-dramatic patchwork about queer millennial anxiety; exploring how the intense fear of being alone rules our modern society, and how one person's loneliness is symptomatic of everyone's problem. Using work from sociologist Brene Brown and psychologist Judith Herman, Intoxication pulls apart the ways that trauma and connection are used in art.

"“Intoxication” is a well-written and well-crafted piece of theatre that completely encapsulates the message of self acceptance and finding the ability to love yourself so that it will enable you to love someone else. A message we can all appreciate." Review by Luke Wagner.

"A hard hitting drama, this one-man monologue is made for small rooms and audiences who open themselves up to the figure on stage, make eye contact and prepare for a genuine, moving performance." 4 Stars Review by Mitch Mott, for The Advertiser

Presented by:
Before Shot

Christopher Bryant is a Griffin Award nominated playwright (Home Invasion, 2015) and NIDA graduate (Master of Fine Arts (Writing for Performance), 2014). Recent work includes his "spit-roasting, brain-splattering, offal-eating" Third Reich Mommie (AussieTheatre, 2014) published by Playlab, and The Mutant Man, shortlisted for Belvoir’s Philip Parsons Playwriting Fellowship in 2014 & the New York’s Arch and Bruce Brown Foundation's Playwriting Competition in 2015. In early 2016 his “talented and thoughtful” play Intoxication played at the La Mama Courthouse in the Midsumma Festival. He is the current & inaugural recipient of the Russell Beedles Performing Arts Fellowship at the State Library of Victoria for his play The Other Place.