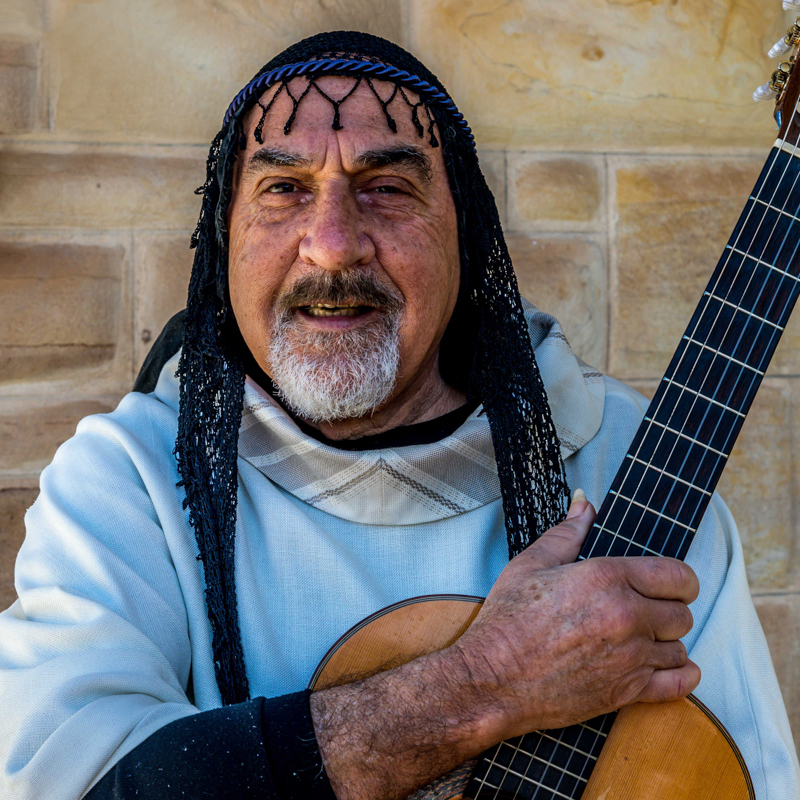 An adaptation by Loucas Loizou (with over 2000 shows in London and too many ★★★★★ to mention). Odysseus is now an old man living in his country in Ithaca. He spends his time singing and telling the stories of the Trojan War, Cyclops, Circe, Calypso, suitors, Penelope and the underworld.

"All live, all acoustic and all heartfelt" Adelaide Theatre Guide

A GREEK TRAGEDY 'OEDIPUS REX - THE KING' THE MUSICAL (Theatre)
"The songs are tuneful, sung attractively and confidently by Loucas Loizou" In Daily (Robert Horne)

'MR ZORBA' THE LIFE AND SONGS OF MIKIS THEODORAKIS' (Caberet)

was born in Cyprus to Greek parents. He studied guitar and Pianoforte with the London’s Trinity College of Music.

He studied theatre directing with NIDA in Sydney ex students [Mel Gibson, Cate Blanchett } and Film with the 'RADIO AND FILM SCHOOL' in Sydney.

He worked with the BBC in London and with the CyBC, TV in Cyprus. He appeared in numerous TV and radio programmes including the ABC.

While on holidays in London in 1974, Turkey invaded Cyprus and occupied his hometown. He suddenly found himself a refugee and a migrant without a home, up to this day.
To earn a living he began singing at Cat Steven’s family restaurant in London 1974. He was lucky to have been able to work 7 years full time.

This year 2019 he presents 4 shows:
2 under CABARET and
2 under THEATRE