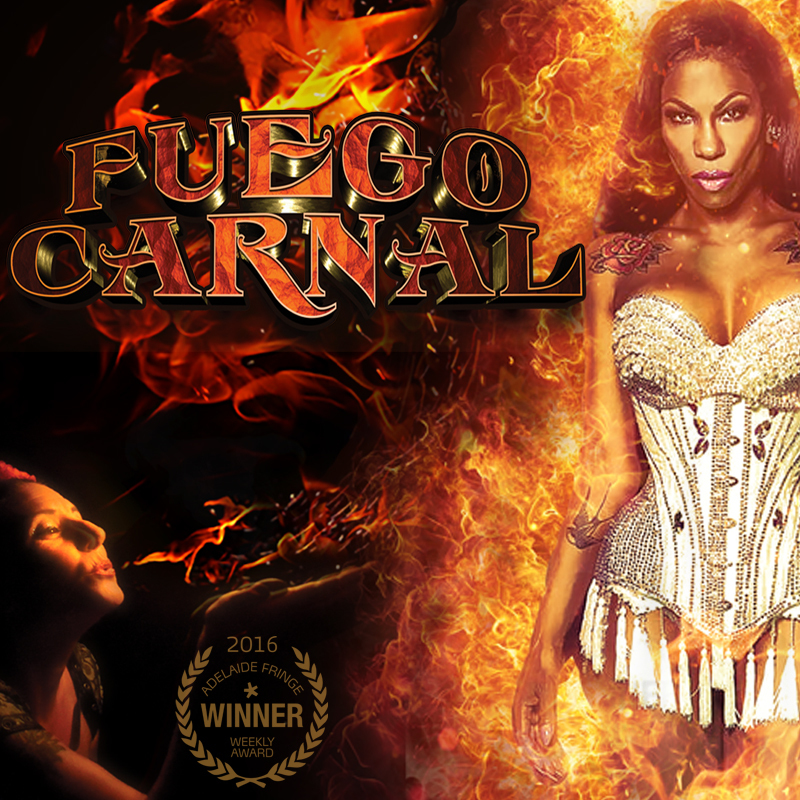 Fuego Carnal is a heart racing display of strength, skill and sauciness. 2016 saw it win 5 star reviews, an award and the hearts of those who came.

Fuego is Spanish for fire and this is the thread that holds the show together. Creating a vibe rich in subterranean spice the cast (with a dash of new), flirt with extreme circus fire, the audience, aerials, & acrobatics, masterfully pirouetting with danger at death-like-degrees.

"An intense burst of energy, highly recommended for anyone who is keen to see something new" The Clothesline, 2016.

Dream State Entertainment (AKA Dream State Circus) has brought light to the eyes & smiles to countless faces.
Husband & wife team Jacob & Sophie McGrath began Dream State Circus in 2000, born out of a love and obsession, of the accessible, non-discriminative art of street performance & improvisational comedy.
16 huge years later, over 3500 performances, in almost 40 countries, their art has taken them to some of the biggest festivals on the planet including Glastonbury, Edinburgh & Toronto many gaining them international awards & recognition. They relish working in some of the most amazing venues globally, and some of the most humble.
Innovators of new world entertainment, Dream State’s unique skill set and extensive experience, has helped keep their dreams and goals, positive and accessible. Creating the real, powerful, exceptional and rare in all its forms, is their delight; from welding a venue or rig to staging flaming partner acrobatics, their passion is enchantingly tangible.