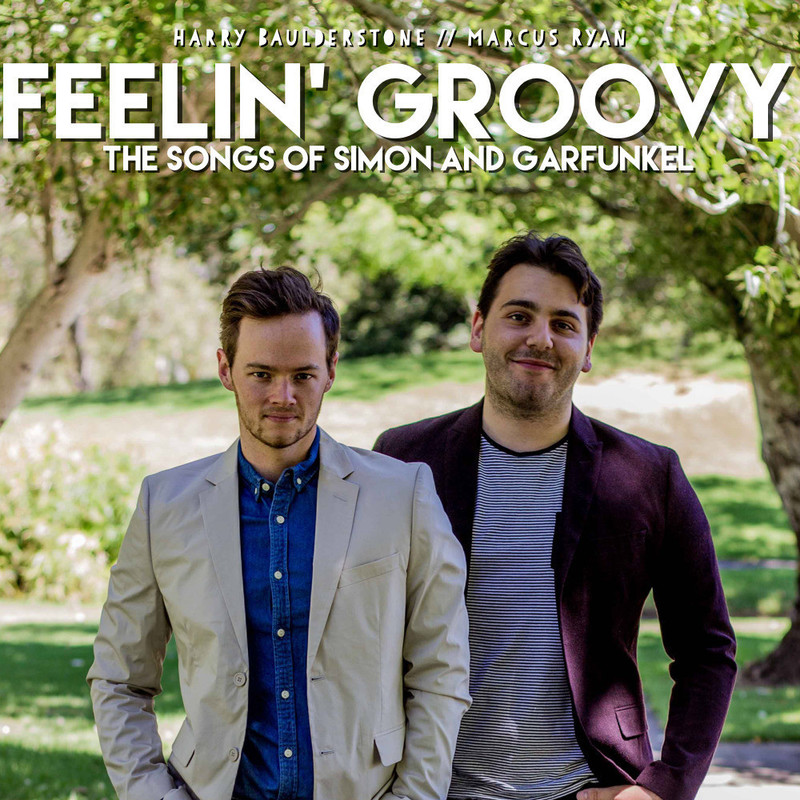 Harry Baulderstone, Marcus Ryan & their stellar band return Homeward Bound for The Adelaide Fringe to take you on a journey through the extensive songbook of the folk legends Simon & Garfunkel. With soulful harmonies, chilling melodies, poetic lyrics & of course, an irresistible groove, this honest adaptation is a must see.

Since it's conception in Gluttony in 2017, Feelin' Groovy has performed to sell out audiences across the country picking up a 'best emerging artist' award in the 2018 Adelaide Fringe.

After touring Queensland, Victoria, Northern Territory and rural South Australia, Feelin' Groovy returns to The Arkaba to perform your favourite Simon & Garfunkel songs like The Sound of Silence, Mrs. Robinson, Cecilia, The Boxer and Bridge Over Troubled Water. Get ready to Feel Groovy!

Harry Baulderstone and Marcus Ryan are two prominent working musicians from Adelaide, SA. Meeting in a combined male choir in their high school days, a common interest in similar musical styles bought them together. They have formed a strong collaborative partnership since. As well as busy schedules as soloists, they play in multiple bands across South Australia.

The 2017 Adelaide Fringe season marked the debut of their Simon And Garfunkel tribute show, ‘Feelin’ Groovy’. The six night performance, which was held in La Petite Grande in Adelaide’s Gluttony, proved to be a huge success, with a sellout season. This accomplishment was matched in 2018. ABC’s Peter Goers called the pair “the find of the fringe” with a show “not to be missed”.

The show has since been performed nationwide.