Look, if I'm honest, things might get a bit weird but that's cool.

Leave your judgement at the door and just go with it.

Whether you're a swinging, polyamorous, unicorn (that's a single who dates couples) or a celibate, sublimating, ascetic (some one who doesn't do sex) or just super into Tinder - you are going to learn some stuff.

Helen Cassidy is a classically trained actress and clown who's performed from London to Christchurch. With a penchant for pushing buttons and boundaries; she's smart, funny and promises not to get the sheets (very) dirty.

"Helen Cassidy is a living, breathing goddess" The Journal (UK)

Helen Cassidy is a an award-winning performer who has worked, trained, taught and directed across many disciplines including physical and classical theatre, circus, clowning, burlesque, cabaret, street theatre, film and television with companies such as the Queensland Theatre, La Boite, La La Parlour, deBASE, Zen Zen Zo Physical Theatre, Grin and Tonic Theatre Troupe, Strut n Fret Production House, Bell Shakespeare, State Theatre Company SA, MTC and Unlimited Theatre (UK). Her last appearance at the Fringe was as part of the comedy burlesque show Tarnished with the La La Parlour. Helen has toured her solo clown show to festivals in Europe, moonlighted on the variety circuit in London and New York and toured the UK with Unlimited Theatre in The Moon The Moon. Film and Television roles include Sisters of War, Wanted, Australia Day. Winner of three Matilda Awards, she also studied theatre and clown with the master teacher Philippe Gaulier. 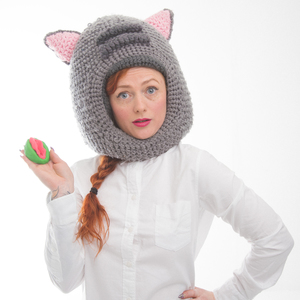