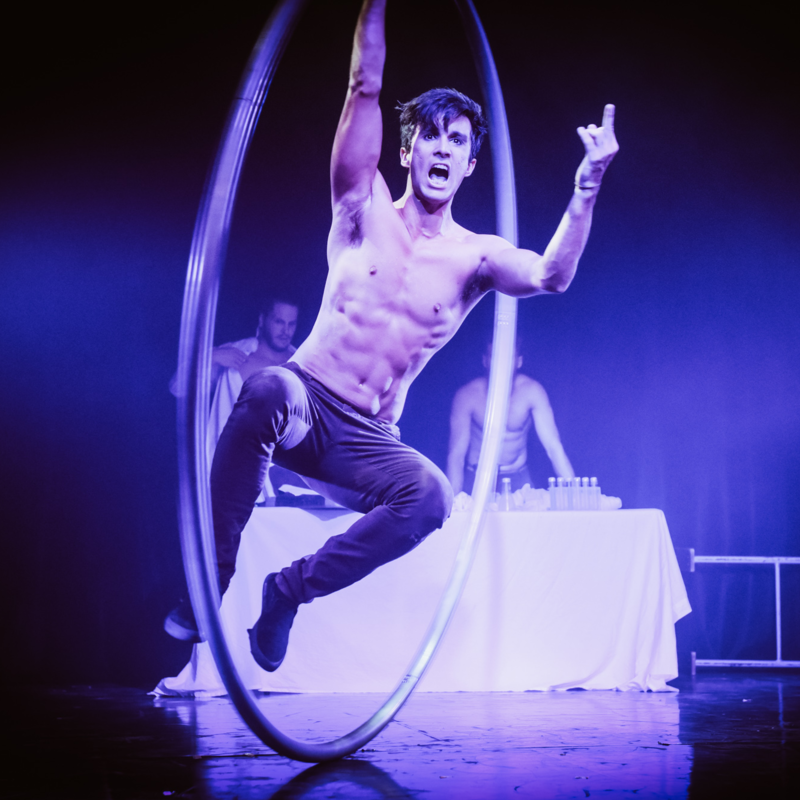 Fresh from their sold out, award winning tour of the United Kingdom, Head First Acrobats are back in Australia with their internationally acclaimed show Elixir. They've delighted audiences all over the world and are ready to take Adelaide by storm.

Follow three (very handsome) scientists as they attempt to create the elixir of life and escape from trouble in the ensuing circus madness. It's uninhibited, it's bold and it's hilarious.

Acrobats fly 5 metres into the air on the teeterboard, spin upside down on the mesmerising roue cyr wheel, perform incredible one arm handstands and balance on their heads on a swinging trapeze. Can't picture it? Come brave it yourself.

Remember to breathe, this is brinkmanship at it's best. You'll feel the heat, see the sweat and won't believe your eyes.
Leave your man at home and come experience Elixir.

Head First Acrobats are a Melbourne based production company. We provide acrobatic entertainment for festivals, theatres, corporate and street events.

Our flagship shows are our adult entertainment show Elixir, and our childrens show Arrr we there yet?!