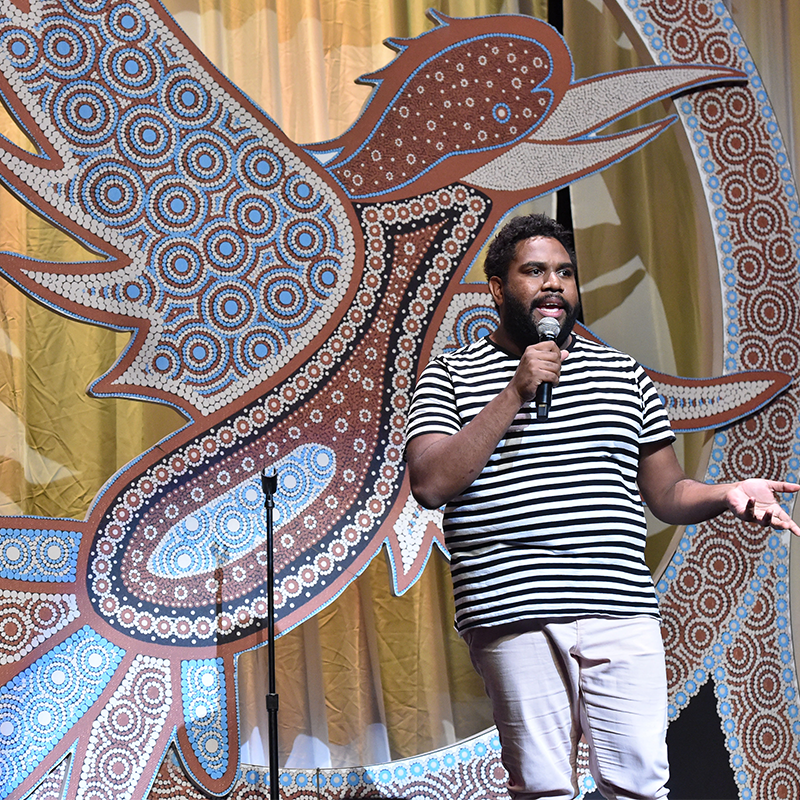 Cheeky and loud, black and proud, Melbourne International Comedy Festival's Deadly Funny returns for another year, heading around the country to unearth some of the freshest, fiercest and funniest comedians and storytellers from the oldest culture on earth!

Entering its 14th year, Deadly Funny has seen the likes of Steph Tisdell, Kevin Kropinyeri, Andy Saunders, Shiralee Hood and Sean Choolburra join the program as both participants and mentors.

With workshops/heats kicking off in November 2019, this national comedy competition is open to Aboriginal and Torres Strait Islanders over the age of 18. Now's the time for you to get behind the mic and work with some of the country's best First Nations comedians.

For more information, or to participate, head to deadlyfunny.com.au

The Melbourne International Comedy Festival is Australia’s largest ticketed cultural festival and one of Melbourne's major hallmark events. It is, without rival, the premier comedy event in the Southern Hemisphere, second only in the world to Edinburgh’s Fringe Festival and consolidates Melbourne as Australia's comedy capital.

The Festival enjoys major international status and plays an influential role in delivering Australian artists to the markets of North America and the UK as well as introducing important performers to Australian audiences. It is seen as the 'must perform' and 'must see' comedy festival.