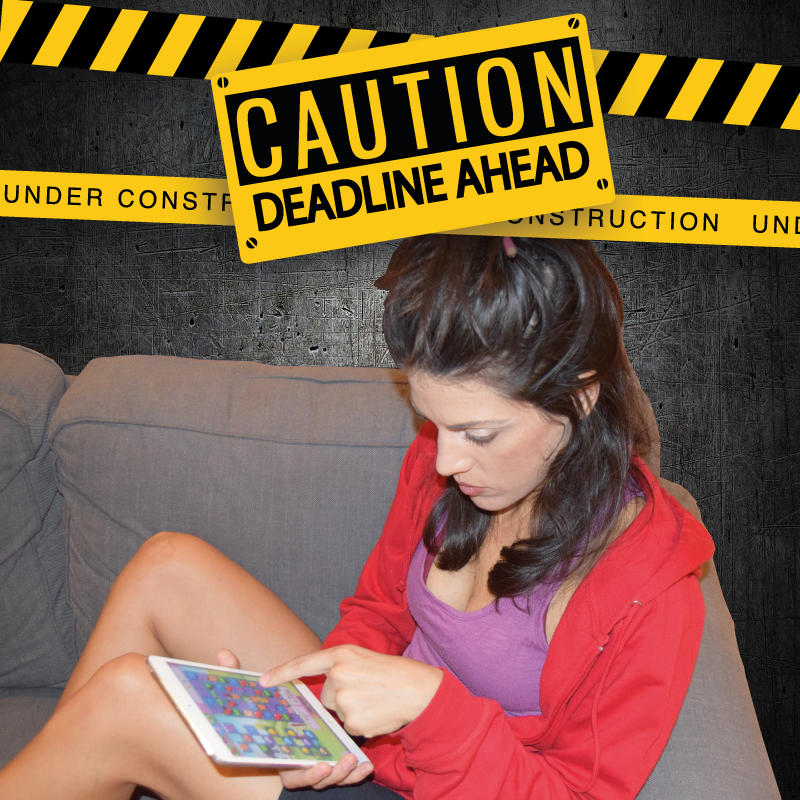 You have goals, you have plans, you have a brilliant future ahead. But you also have Candy Crush, Facebook, and 1,035 unread emails that you decided now is a good time to sort. Welcome to Cristina's brain, an entity of its own, with its own will, who's convinced that the concept of time is an illusion and that it's suddenly a great moment to read about it online.

Presented by Cristina Lark, 'CAUTION: Deadline Ahead' is a solo sketch comedy unlike any other -- you'll either thank heavens you're not like her, or you'll reassess your shameful life.

★★★★★ Lighting up the stage, a rich and exciting performance - Remotegoat, UK
★★★★ The versatile Cristina Lark, as Irina, was a picture of sexy fun - Remotegoat, UK
Nominated for Best Comedy Ensemble at the Rio Web Fest, Brazil

Actress, comedian and world-class procrastinator, Cristina Lark is now location independent, having lived and performed in London, Barcelona, Madrid and São Paulo, and even in Melbourne, where she directed 2 shows for the Fringe 2016 and was kicked out as in 3 months she couldn’t find an Australian husband to upgrade her visa. She’s bringing her unique blend of humour, sharp take on life and weird accent to Adelaide Fringe for the first time ever with CAUTION: Deadline Ahead. A comedy about procrastination. BE THERE at the premiere (or any given point in the near future).

Cris is also a nerd with a Masters Degree from RADA, speaks 5.5 languages: English, Spanish, Catalan, Portuguese, French (the 0.5 is Italian) and has an abandoned YouTube channel in Portuguese with over 5000 subscribers