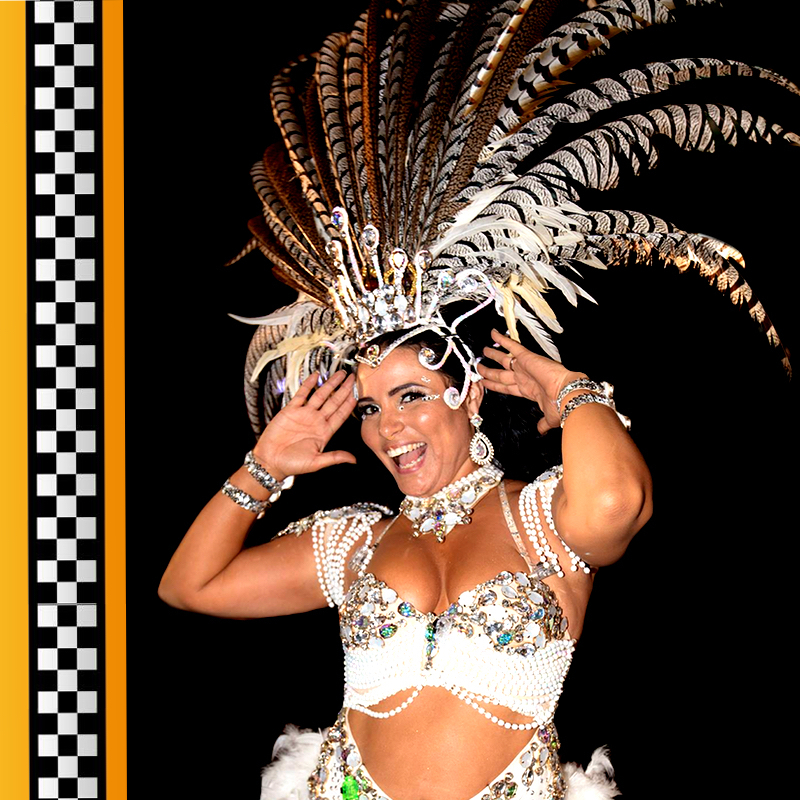 Catch a zany ride and enjoy a scenic tropical musical dance adventure around the Caribbean islands of Cuba, Dominican Republic and over to Brazil in Latin America.

Our outrageously funny, charming and incredibly loco taxi driver will bring the laughs and find the rhythmic beat on every street taking you to the HOTTEST fiestas, cabarets and carnivals on the planet!

* performed at the Mayan Salsa Festival in Cancun Mexico, 2012