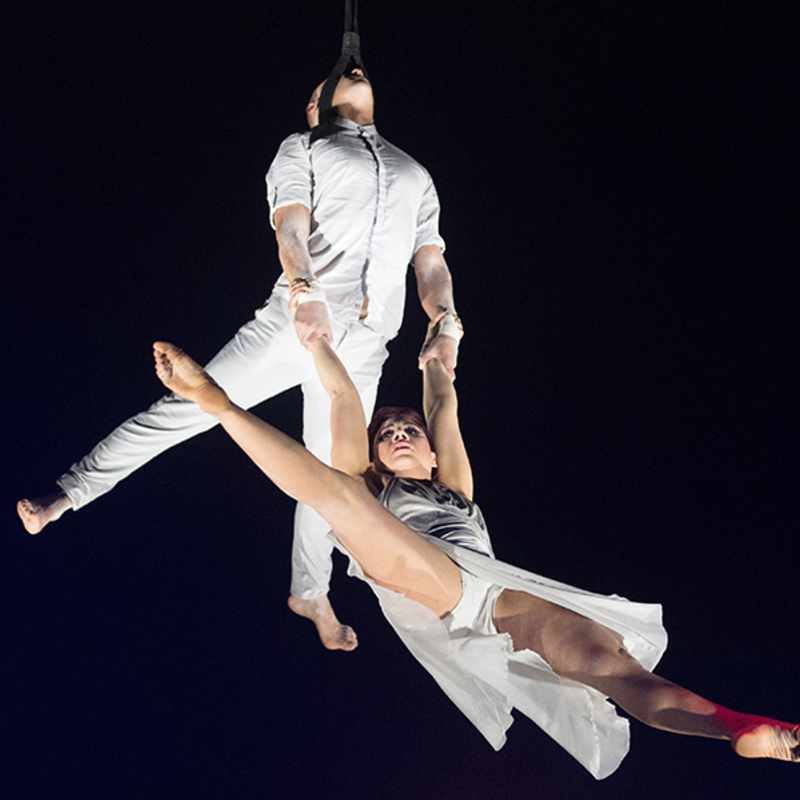 Circus superstars Circolombia are returning to amaze with their renegade brand of dance, live music and astounding acrobatics.
Welcome to the new revolution. Circolombia, a supercharged company of youthful Colombian artists, has been changing the face of contemporary circus now for over a decade. Their latest phenomenon, Acelere, smashes all preconceptions of circus with a high-risk, adrenalin-fuelled production bursting with Latin fire, urban flavour and heart-stopping energy.

Delivered with the rawness and attitude of South American street life, Acelere turns the spotlight on 14 incredible performers and their endless feats of strength, balance, tumbling and insane pinpoint accuracy. Every gutsy and improbable stunt is staged in the same breath as Circolombia's trademark circus-concert soundscape, a vibrant mixtape of Latin hip-hop, cumbia and drum 'n bass, complete with raps from the fierce female ringmaster performed live and in the spirit of an infectious dance party.
Rebellious, dynamic and wildly entertaining, this is no ordinary circus. It's simply extraordinary.

★★★★★ "This is the circus performance that shows others how it's done. Go" The Scotsman
★★★★★ "Circus like you have never seen or heard before" Edinburgh Guide
★★★★★ "Fearless fun with no safety nets or subtitles, just a lot of adrenaline and heart-in-mouth moments" The List, UK
★★★★ "An adrenalin-fuelled mix of strength, skill and daring, a great night out" Time Out

This activity received grant funding from the Council on Australia Latin America Relations of the Department of Foreign Affairs and Trade.

ARTS PROJECTS AUSTRALIA IS AN INDEPENDENT PRODUCER AND EVENT MANAGEMENT COMPANY BASED IN ADELAIDE, SOUTH AUSTRALIA.

Since its establishment in 1997, APA has worked collaboratively with a range of festivals, producers and cultural organisations on a diverse range of performing arts projects and tours. APA is the event manager and producer of WOMADelaide and delivers the international program for WOMAD New Zealand. Past major projects have included WOMAD Earth Station, the Australian Performing Arts Market (1998-2012), Adelaide Film Festival (2003 – 2009), the Australian International Documentary Conference (2005 – 2012) and the Festival Melbourne (2006) - the cultural program for the Commonwealth Games.