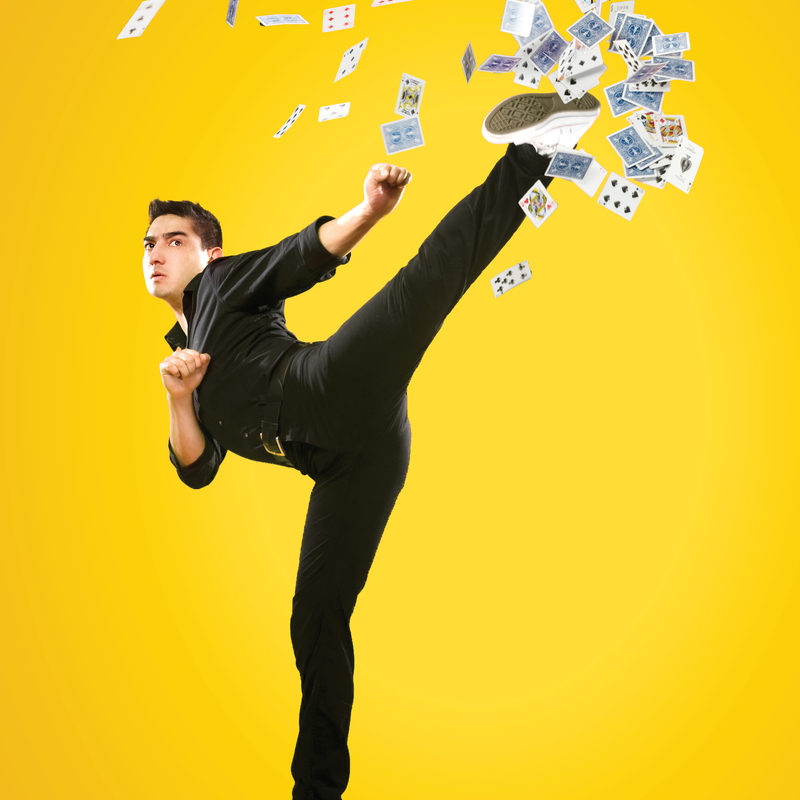 Warning: this show contains ninjas, not magic. Card Ninja is an award-winning, riotous display of comedy and card stunts using playing cards as ninja weapons. Following his journey from mild mannered card player to silent assassin, Card Ninja is a one-man variety comedy show with upbeat humour for anyone who's ever been a little bit Ninja!

★★★★★ "Javier is as much a comedian as he is a ninja" - Young Perspective
★★★★ "A rollicking, hilarious experience" - The Edinburgh Reporter
★★★★ "Jarquin draws in his audience like an industrial magnet" - SG Fringe