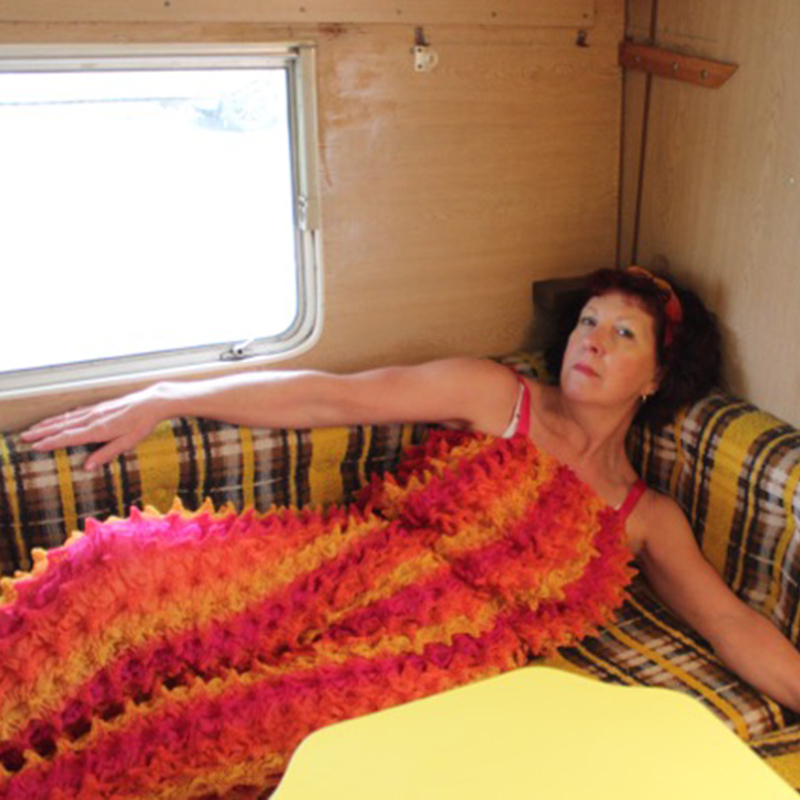 Originally set in a cabin in a caravan park for Adelaide Fringe 2019, 'Cabin Fever' is now re-developed within a 1970's vintage caravan for a maximum of 8 audience members. Expect to move and be moved in this half hour encounter with a woman contemplating escape.

Dianne Reid is a performer, choreographer, camera operator, video editor, writer and educator. She was a founding member of Outlet Dance in Adelaide (1987–89) and a member of Danceworks, Melbourne from 1990–95. Dianne completed a Master of Arts in Dance on Screen in 2001 and a PhD in screendance and performance improvisation in 2016. Dianne has created over 40 screendance works which have screened internationally. From 2004-2006 she was Artistic Director of Dancehouse and worked as a lecturer in dance and screendance at Deakin University 1996–2018. She is currently touring the award-winning site-specific solo work Cabin Fever.