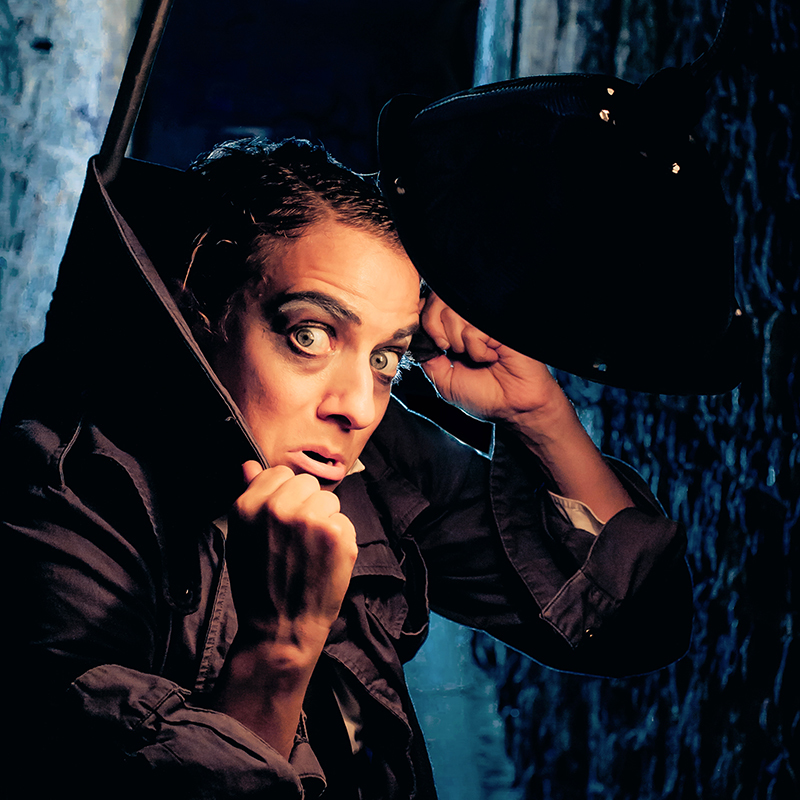 Not for the easily offended.

Immerse yourself in a seedy world of shadows, sin and subterfuge. No seat is safe with Butt Kapinski. DA-NAHHH!!!

From the director and co-writer of the internationally acclaimed Red Bastard show - last year's Weekly Comedy Award winner returns for more seedy adventures. Kick reality to the curb with this full-on interactive comedic experience! Play in a world of dark dreams and bad similes. ADULTS ONLY.

★★★★ "This is immersive comedy like you have never experienced. And we love it." - The Scotsman

Deanna Fleysher is a comedy artist, teacher and director devoted to audience inclusion . She created Foreplay, an erotic improv comedy show that ran for a year at the People’s Improv Theater in NY and was featured at the Chicago Improv Festival. She created, produced and starred in Kill Me Loudly: A Clown Noir and The Kapinski Private Eye Academy at the NY Clown Theatre Festival. She created the Naked Comedy Lab, a workshop for training in interactive/immersive comedy and clown/bouffon. She is the director and co-writer of Red Bastard, the internationally acclaimed bouffon show. Currently, she tours her award-winning solo show BUTT KAPINSKI and teaches Naked Comedy labs in the Pacific Northwest of the U.S. and around the world.