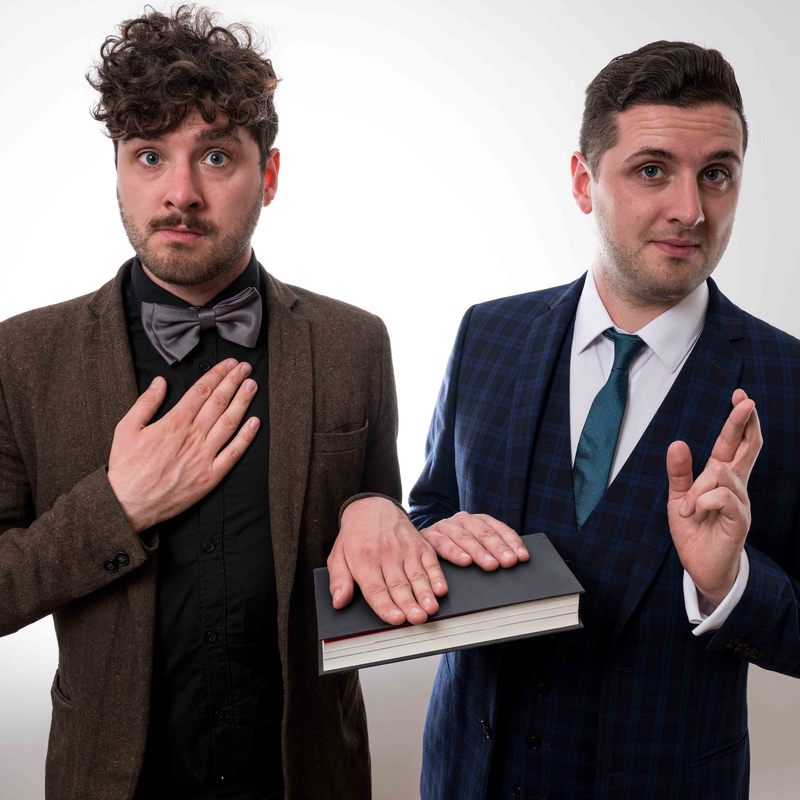 Britain's bad boys of magic have finally arrived in Australia, direct from London's West End via the world's largest arts festivals including Edinburgh Fringe and Glastonbury Festival. Anarchic twin tricksters Kane & Abel will break all the rules of the Magicians' Code of Conduct passed down to them by their grandfather to prove that it feels great to be bad! Codes broken during the show range from 'never reveal how a trick is done' and 'never perform another magician's trick' to 'never perform when people are eating' and 'never re-enact your birth through escapology'. "A superb mixture of humour, magic and audience participation - a thoroughly enjoyable experience" - EdFringe Review. "Excellent entertainment ... Brilliant show" - Velvet Box Office.

Kane & Abel are a comedy magic duo like no other. These twin tricksters took on the family magic business aged just 15, so are now unique in being able to offer a modern and youthful show, while also having over a decade and a half of experience in entertaining any age and size of audience. Kane & Abel have performed as part of the world’s largest touring magic show The Illusionists during its eight-week run at The Shaftesbury Theatre in London’s West End and are now a regular feature on cabaret and variety shows in the capital, as well as headlining at theatres, pubs and clubs across the UK.
Their last three Edinburgh Fringe stand-up comedy and magic shows ‘Tricnic’ and ‘Breaking the Magicians’ Code’ 1&2 were total sellouts.