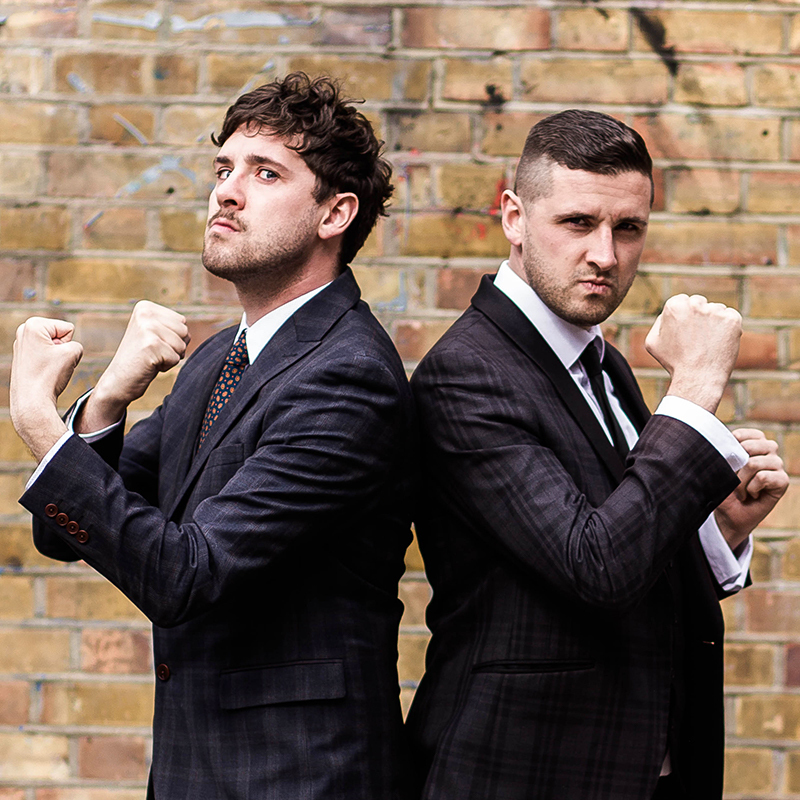 Britain's BAD BOYS of MAGIC return to Adelaide after being chased out of their homeland for smashing up the Magician's Handbook. Don't miss this "seriously impressive" (BBC) "★★★★ night full of surprise and fun that'll leave you impressed and in stitches" This is Radelaide.

"You will almost certainly leave with a smile on your face" GLAM Adelaide.
★★★★ "Both shine individually as magicians and comedians" Broadway Baby.

Anarchic twin tricksters Kane & Abel will break ALL** the rules of the Magicians' Code of Conduct passed down to them by their grandfather...to prove that it feels GREAT to be BAD!

**Codes broken during the show range from "never reveal how a trick is done" and "never perform another magician's trick" to "never perform when people are eating".

Kane & Abel are a comedy magic duo like no other. These twin tricksters took on the family magic business aged just 15, so are now unique in being able to offer a modern and youthful show, while also having over a decade and a half of experience in entertaining any age and size of audience. Kane & Abel have performed as part of the world’s largest touring magic show The Illusionists during its eight-week run at The Shaftesbury Theatre in London’s West End and are now a regular feature on cabaret and variety shows in the capital, as well as headlining at theatres, pubs and clubs across the UK.
Their last four Edinburgh Fringe stand-up comedy and magic shows ‘Tricnic’ and ‘Breaking the Magicians’ Code’ 1&2 were total sellouts.