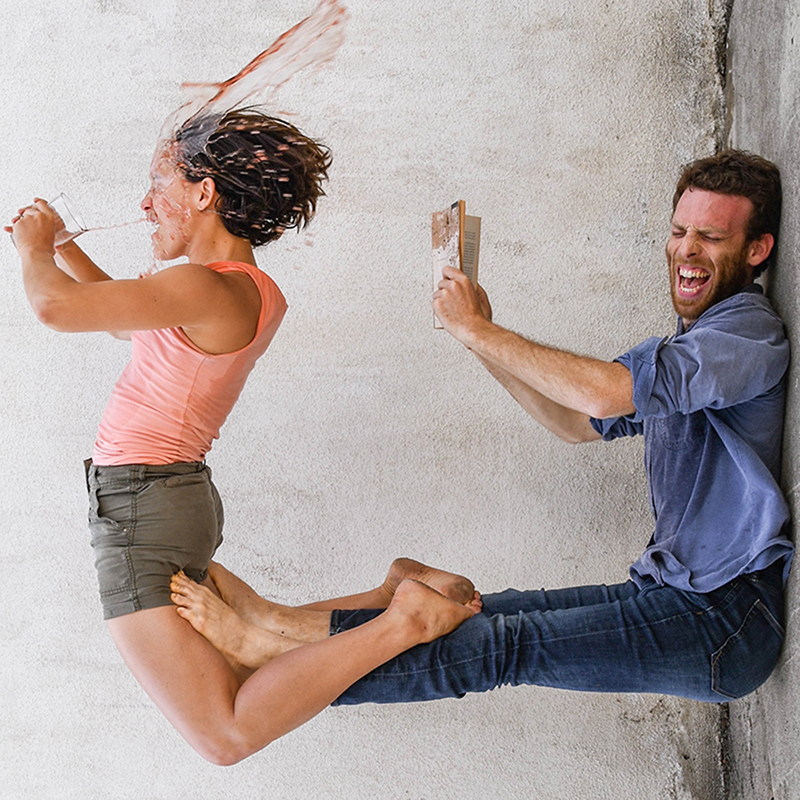 Wake up your senses!

Using intense physicality, acrobatics, and a pair of goggles, we invite audiences to discover new worlds hidden in daily activities. We attempt this with humour and courage.

Presented by:
Back Left Project

The Back Left Project is performed by Ezra LeBank, and created by Ezra LeBank (US) and Isabel Aguerrebere (Mexico). Ezra is a Professor and Head of Movement at California State University Long Beach. His work has been presented across North America and Europe including Off-Broadway in New York and with Assembly Festival at the Edinburgh Fringe where he was named "The Next Big Thing" by The List Magazine. Isabel was honored in the 2017 Mexico National Choreography Contest. Her work as choreographer has been presented at The AWARD Show New York, International Cervantino Festival, National Theater Show, Lucky Timmer (Berlin), Out of the Box (Nicosia), and Deltebre Dansa (Spain).