BACK IN BLACK AND EAST LIVE 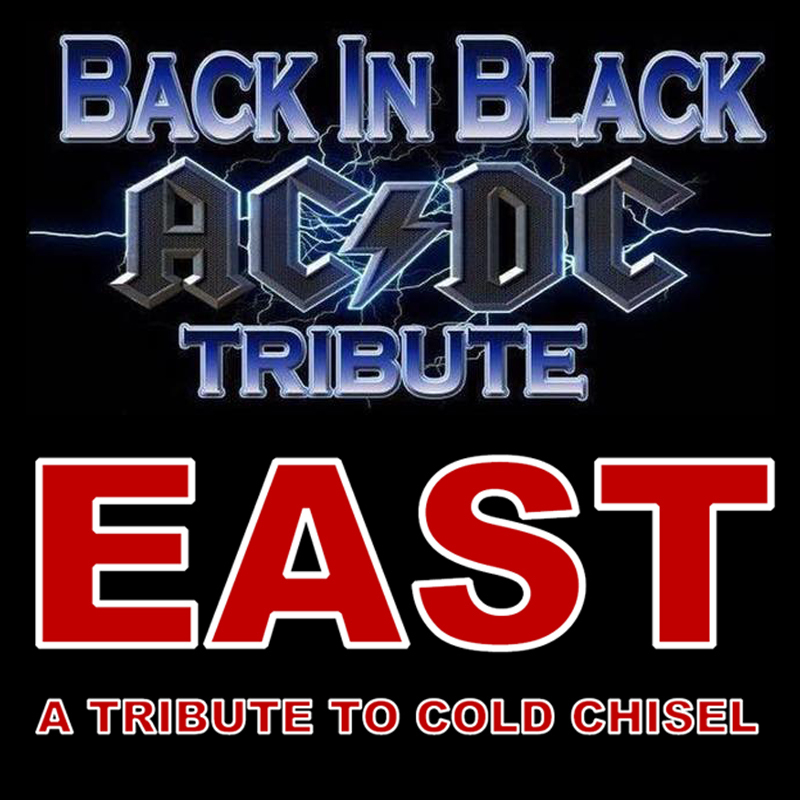 Both albums have redefined Australian hard rock over the last four decades. The 'Back in Black' album, released in 1980, is considered to be the second most successful album in history, and 'East', also released in 1980, was the third studio album for Adelaide's own Cold Chisel as well as their biggest seller.

The night features AC/DC classics 'Hells Bells' right through to 'Rock n Roll Ain't Noise Pollution' while 'East' opens up with the classic 'Standing on the Outside' plus hits such as 'Choir Girl', 'Rising Sun', 'My Baby' and 'Cheap Wine'.

Presented by:
Back In Black and East

East – A tribute to Cold Chisel formed in 2010 by lead singer Craig Anthony have been a regular on the local SA gigging circuit ever since then - pumping out Chisels’ classics to packed pub venues with big voices! Back in Black have been pumping out AC/DC classics for the past three years, establishing a big following of hard rocking fans who love AC/DC. This unique show is a first to the Fringe and an essential night for lovers of quality Australian hard rock, by two of SA’s leading Rock advocates. A part of the In Concert Series #4