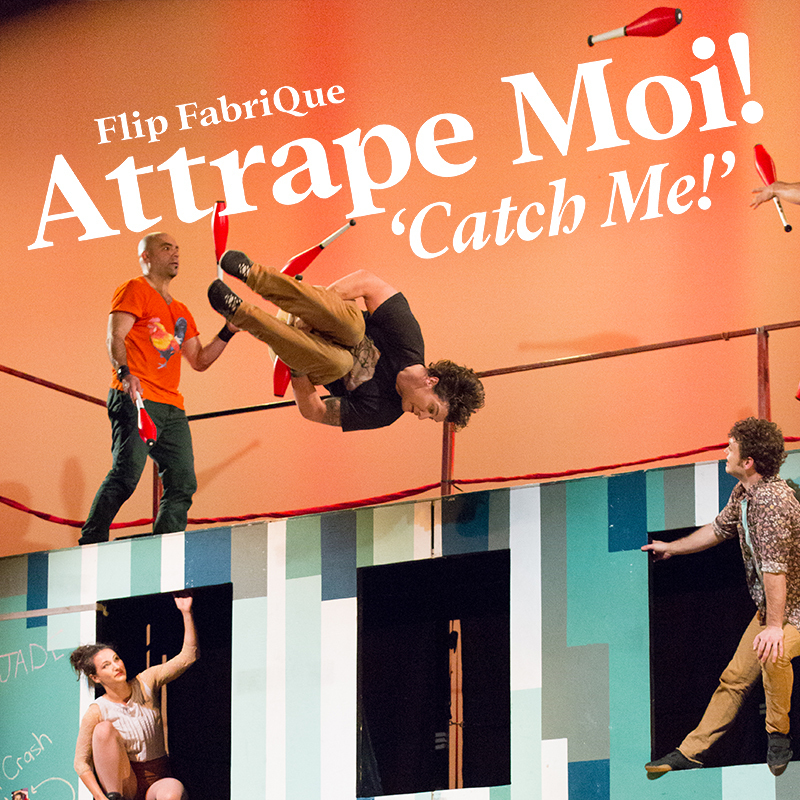 Flip FabriQue’s Attrape Moi! (Catch Me!) is the rocking new face of Quebec Circus. These fearless Canadians have been wowing audiences and critics around the world with their spectacular brand of radical feats, extreme acrobatics, breath-taking trampoline turns, awesome parkour and cheeky comedy.

“… all these mind-blowing acts performed by six athletes at the height of their art.” La Presse

Arts Projects Australia is an independent producer and event management company based in Adelaide.
Since its establishment in 1997, APA has worked collaboratively with a range of festivals, producers and cultural organisations on a diverse range of performing arts projects and tours. APA is the event manager and producer of WOMADelaide and delivers the international program for WOMAD New Zealand.
Past fringe seasons have included Cirque Alfonse's BARBU, SOAP, The Pianist, La Clique, Circolombia, LEO, The Umbilical Brothers, Gadini Juggling's 'SMASHED', Guy Masterson, Fabrik Company, White Men With Weapons, Underneath, Beowulf: The Blockbuster and Ponydance's 'Where Did It All Go Right?'.