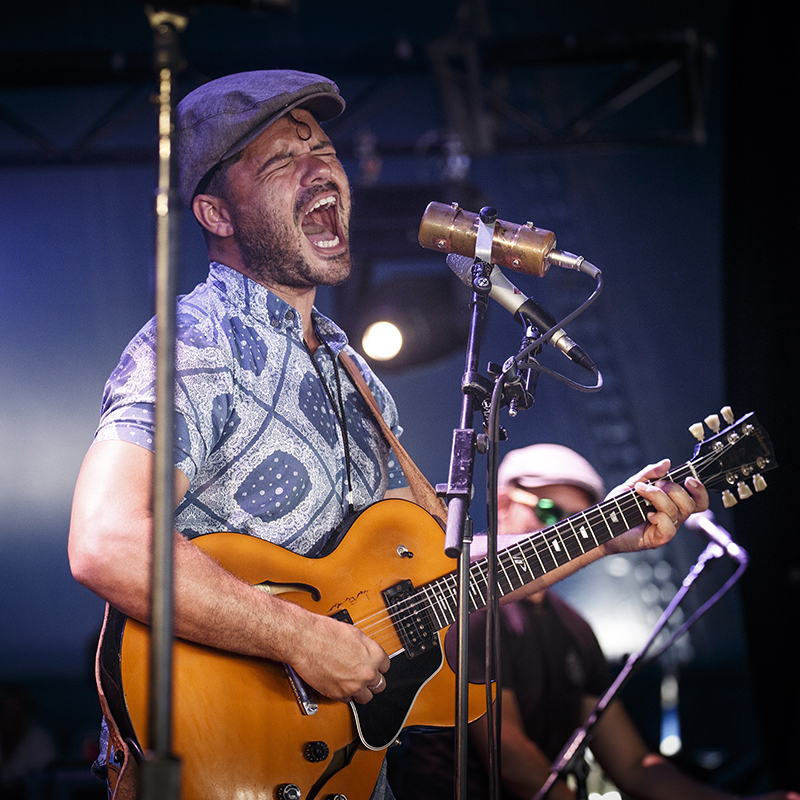 After body thumping sets at Bluesfest Byron Bay and Port Fairy Music Festival in 2016, Ash is a man at the long peak of an incredible career.

For 12 years Ash Grunwald has been at the forefront of success in the Australian music scene; nominated for six ARIA awards and winner of two APRA awards.

His latest album NOW, produced by Nick Didia, has snared success across the world and continues to deliver opportunities on a global level. This year he returned to the recording studio, this time in L.A with some of the world's biggest blues legends.

Ash continues to be at the forefront of innovation in Blues music and at the same time staying deeply true to its heart.

"Grunwald channeled the greats early in his career but after listening to Now, it's evident he understands and has mastered his own electronic blues fusion. It's time Grunwald took his place on the blues throne beside the masters he once looked up to." Society Sound