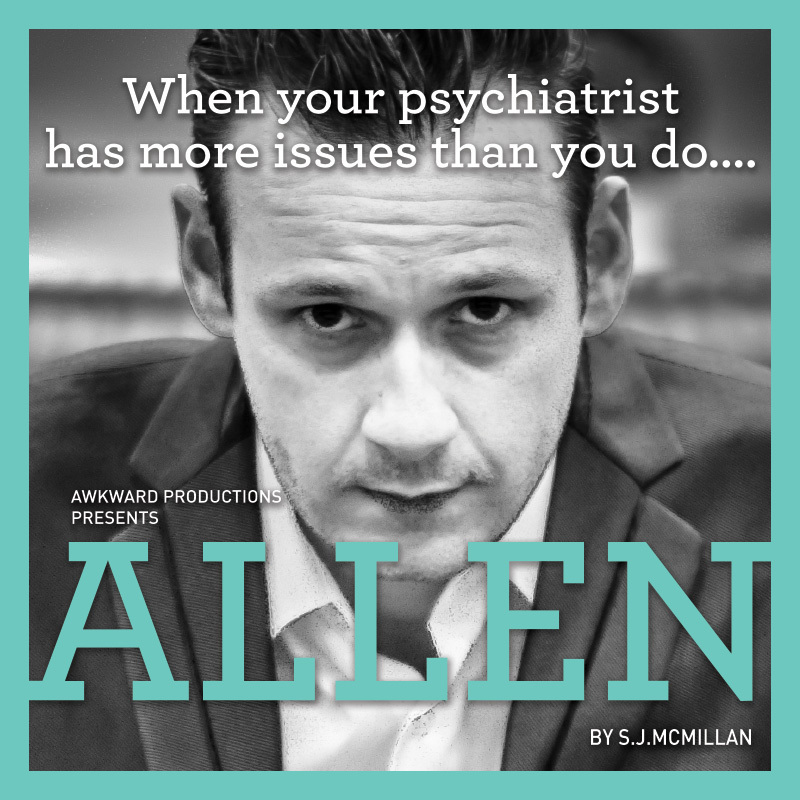 A murderous, sarcastic, sexy, dark comedy of Freudian proportions! Ever wondered what psychiatrists talk about when they get together? You...they talk about you...you narcissist! But what if your psychiatrist has more problems than you do? Who do they talk to? Sick of hearing the constant whinging, whining and mundane issues from his patients, Dr Jeremy Roberts has had enough! He may help them? He may plot their death? Either way his patients will leave with more problems than they came in with AND with the wrong medication. Dr Roberts is a psychiatrist with issues...a lot of issues but, is Allen here to help or hinder? This one act, dark comedy production is the latest offering from the twisted mind of Stewart McMillan (Beautifully Dead, Un Natural Selection), so blame him!

Awkward Productions was created out of spite and taxable income reasons back in 2009. We create original, Australian Theatre, Short films and soon to be feature length films! Originating on the Gold Cost, Queensland we've seen successful, sell-out seasons of all three of our Productions, known to us as the Trilogy of Death (we really hope that catches on...). Each time premiering at the Arts Centre Gold Coast, with whom we've had a brilliant ongoing relationship, starting with 2009's Beautifully Dead, 2013's Un Natural Selection and 2016's preview season of Allen. Beautifully Dead also made it up to the Brisbane Powerhouse as part of the 2High Festival.
As we grow each year it is now time to branch out of Queensland and see just how Awkward the rest of Australia really is!