All the Best from Edinburgh... To Adelaide 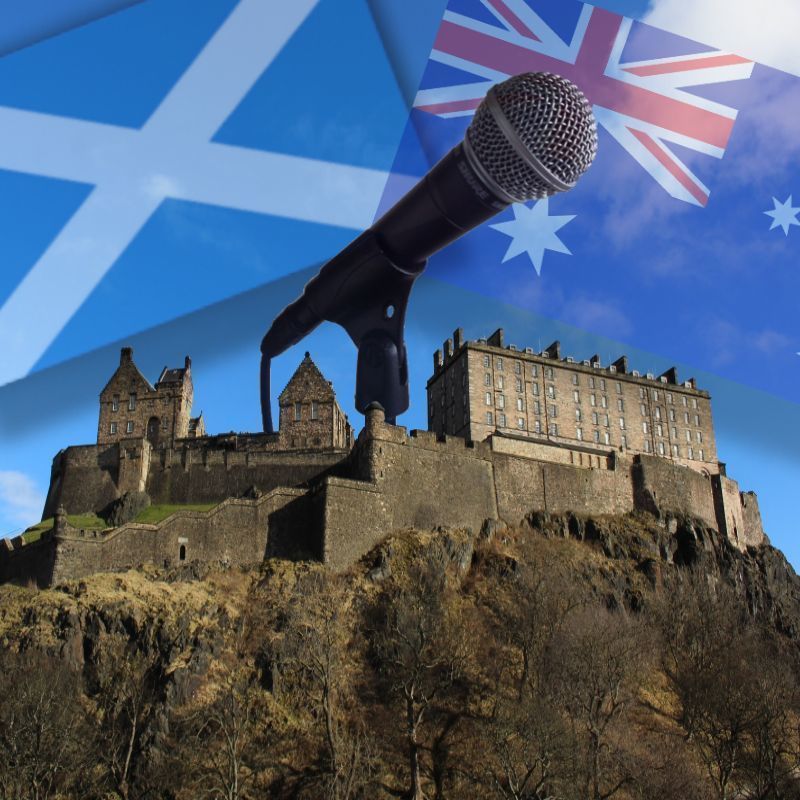 Featuring a revolving line-up of the hottest comedy stars direct from the Edinburgh Fringe, this show brings a hilarious sample of the world's first and biggest Fringe festival to Adelaide.

There are comedy award-winners and nominees, hilarious five-star acts and the very best in stand-up direct from the Scottish capital in this hot new line-up show, produced especially for Adelaide's comedy lovers.

There are four acts at each show and the line-up changes through the Fringe to give you a guaranteed hour of hilarious comedy - and a great way to get a taster of the Edinburgh Fringe without having to leave Adelaide's CBD.

See the best Brits, Internationals and Aussies who've all made a mark on the Scottish capital.

They work with venues, promoters and comics at Festivals all over the world – this includes UK Grin Comedy at The Edinburgh Fringe. Shows also regularly appear at The Melbourne Comedy Festival, Perth’s Fringe World – along with smaller festivals and venues across Asia, Europe and America.

Working with the best comedians on TV and headline acts through to the very best in new and emerging talent, while also supporting one of the UKs largest comedy talent searches, Laughing Panda know comedy inside out so they can bring you the biggest laughs at the Fringe