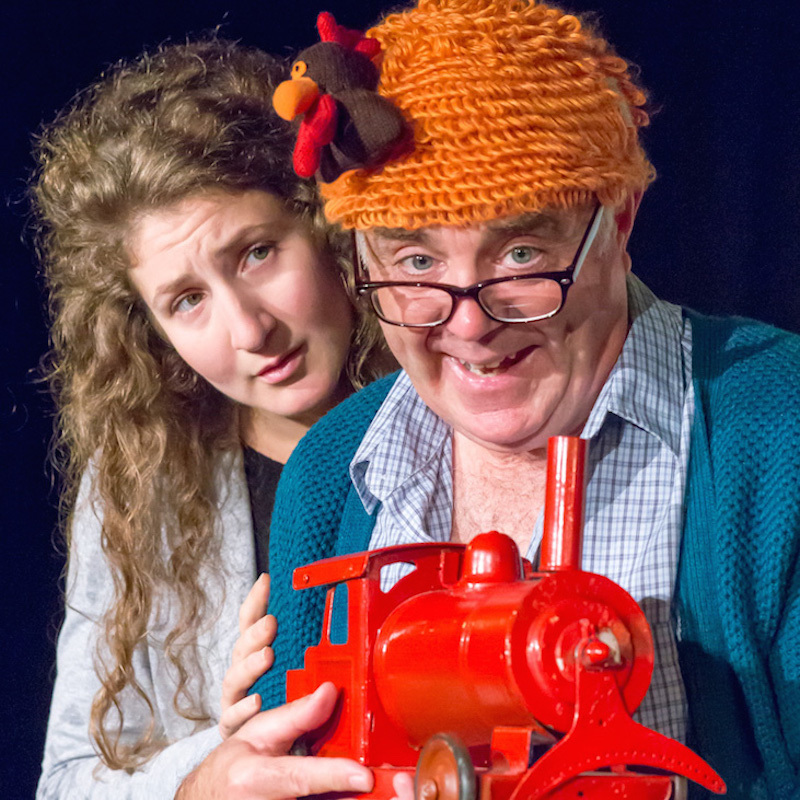 A nostalgic comedy about growing old. Ivor appears physically robust, yet fragile, the world inside his derailed brain a confusion of timetables and crosswords, of past and present... and today, his daughter Lily arrives to pack for the inevitable moment when he must move into a 'home'. But as fast as she packs, he unpacks. One thing's for sure, Ivor's not going to go quietly!

First performed at the Edinburgh Festival Fringe 2018 by Adelaide's own Stefanie Rossi and BBC Comedy veteran Tim Marriott (The Brittas Empire), All Change is "a gentle play, written and performed with a huge amount of care and pathos" The Skinny.

SMOKESCREEN PRODUCTIONS create impact theatre, bringing contemporary issues to life in cinematic style. Smokescreen appeared at the Adelaide Fringe 2018 with two productions: 'Mengele', a sell out, and 'Shell Shock' which won Best Male Solo Show (Sunday Mail). 'Mengele', was created with advice from the Holocaust Educational Trust and endorsed by the Amud Aish Memorial Museum in New York and sold out again at the Edinburgh Festival Fringe 2018 where it was shortlisted for the Sit Up Award. ‘Shell Shock’ has recently completed a tour from Brisbane to Melbourne and Sydney with the charity Stand Tall 4 PTS. Committed to producing new work, Smokescreen will present two new plays at ADLFringe19: All Change, a nostalgic comedy, and Judas, a contemporary twist on an ancient tale.