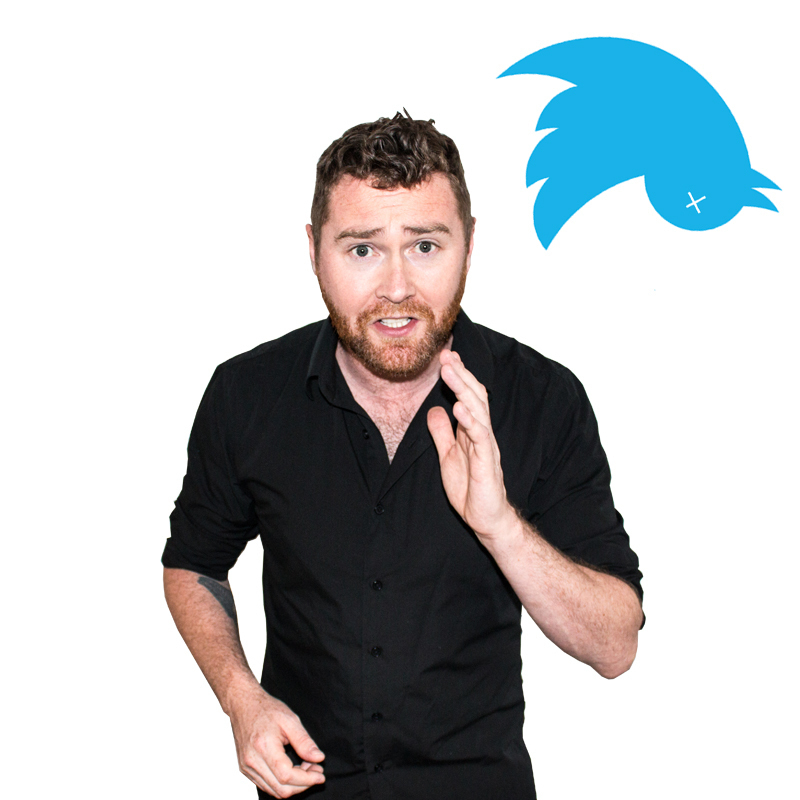 NZ based, award-winning Irish comedian, Alan McElroy, is terrible at Twitter. Maybe 280 characters isn't enough, what is this??? Game Of Thrones!! Am I right?! With the same one fan liking every tweet, it's time Alan does what no comedian should ever do...explain his jokes!

With his hilarious ability to tell a story, this show can't be missed! You are guaranteed to love it and if you don't, Alan McElroy has personally vowed to talk to you face to face and tell you..."No Refunds".

He has hosted on live TV in Ireland & NZ and warmed the audiences of NZ’s most popular TV shows. He has also used asterisks*** to explain some stuff.

*It was New Zealand Comedy Guild Best Newcomer 2011, he has won nothing since.
**A lot of acting in adverts, loads of adverts and also on stage & in a film called ‘6 Days’ with that Billy Elliot lad, released in 2016
*** Asterisks are these little star yokes, not to be confused with the Gaulish warrior, Asterix