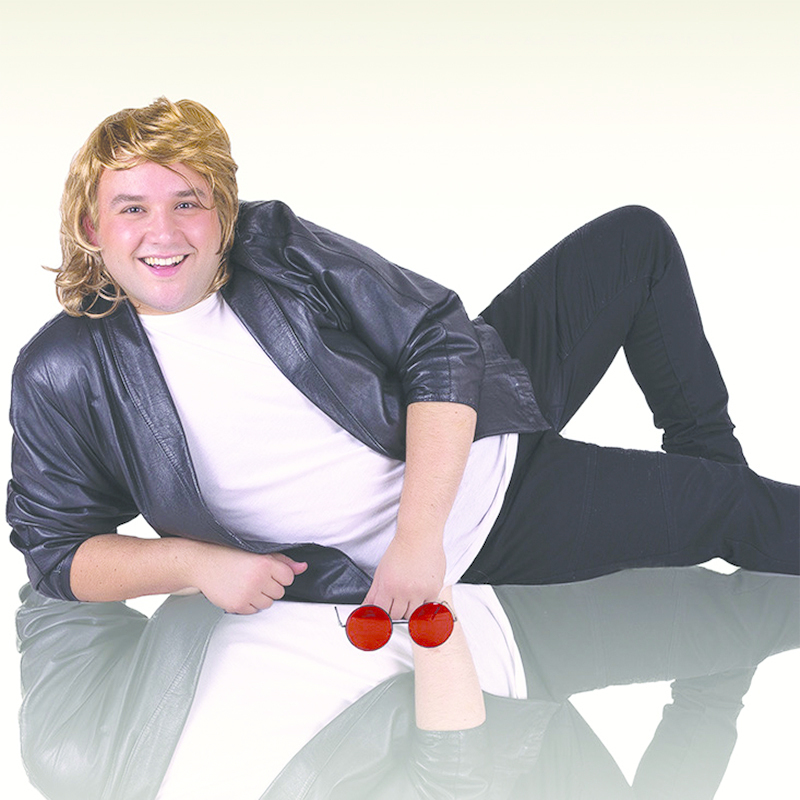 John Farnham is one of Australia's most skilled, successful and adored male singers of all time. Stephen Valeri... is definitely not. But he's here to convince you that he and Farnsey share a spiritual connection AND cram as many bangers as possible into one hour. 'Take The Pressure Down' with this loving tribute to our Whispering Jack - THE VOICE!

If you're a Farnsey Fanatic like Stephen, get ready for a night of unforgettable music, stories and laughs in an epic celebration of the greatest voice our country has ever produced. If you cringe at the opening chords of 'You're The Voice', probably best to sit this one out.

"A superbly conceived and executed show. Stephen Valeri is one heck of a talent" The Blurb, 2018.

Stephen is a Melbourne based singer, actor, cabaret performer and producer. His most recent theatre credits include Roger in ‘Grease - The Arena Experience’ (Sydney Season) in January 2018, Roscoe ‘Fatty’ Arbuckle in the Sydney premiere of ‘Mack & Mabel’ (Hayes Theatre Co./ Working Management) and Man 3 in ‘First Date - The Musical’ (Pursued By Bear/ Chapel off Chapel).

Stephen has established himself as an up & coming cabaret and comedy performer. His debut show ‘FAT BOY SLIMM...ER’ played as part of the 2014 Melbourne Fringe Festival (Dir: Sara Grenfell). In March 2016, ‘VALERIOUS’ debuted at Adelaide Fringe and ‘YOUR DIVA NEEDS YOU’ enjoyed a successful Melbourne season to critical acclaim in October 2017. His most recent offering 'Age of Stephen' premiered in September 2018.