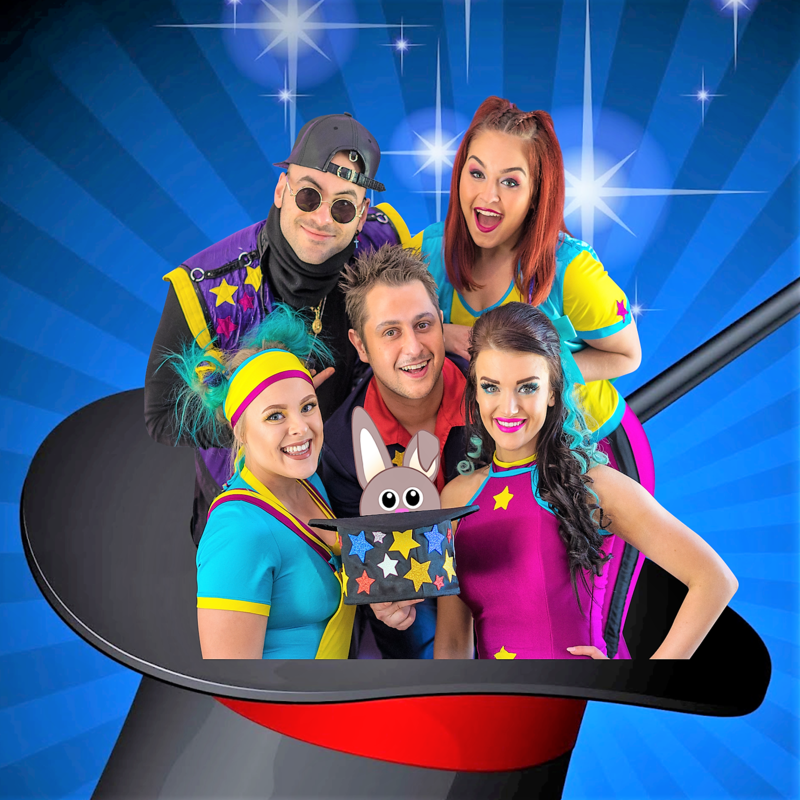 FASTEN YOUR SEATBELTS as BOOMSTARS take off on a bumpy ride from Boomtown to the Fringe, full of twists and wrong turns - but never fear, MICKSTER-THE-TRICKSTER is here! And wouldn't you know it, his magic wand DOES NOT BEHAVE. Packed with MAGIC, DANCING and SONGS the whole family can groove to. ABRAKABOOM is a Fantabulous Roadtrip NOT TO BE MISSED!

BOOMSTARS have the kids in awe with catchy songs & dance crazes. They've performed major events throughout Australia, plus channel 9's Easter Appeal. Boomstars songs have reached iTunes Children's charts right next to Disney songs and Wiggles and they have been nominated for two Australian Independent Music Awards. You can catch their songs on Funky Kids Radio & School Broadcasting Network, also available on iTunes. Their DVD 'Learn the Moves' is available at their shows and on their Website so you can dance along to their groovy songs at home. MICKSTER THE TRICKSTER is a mind blowing Magician, with many sold out shows under his belt & wowing audiences throughout Australia.