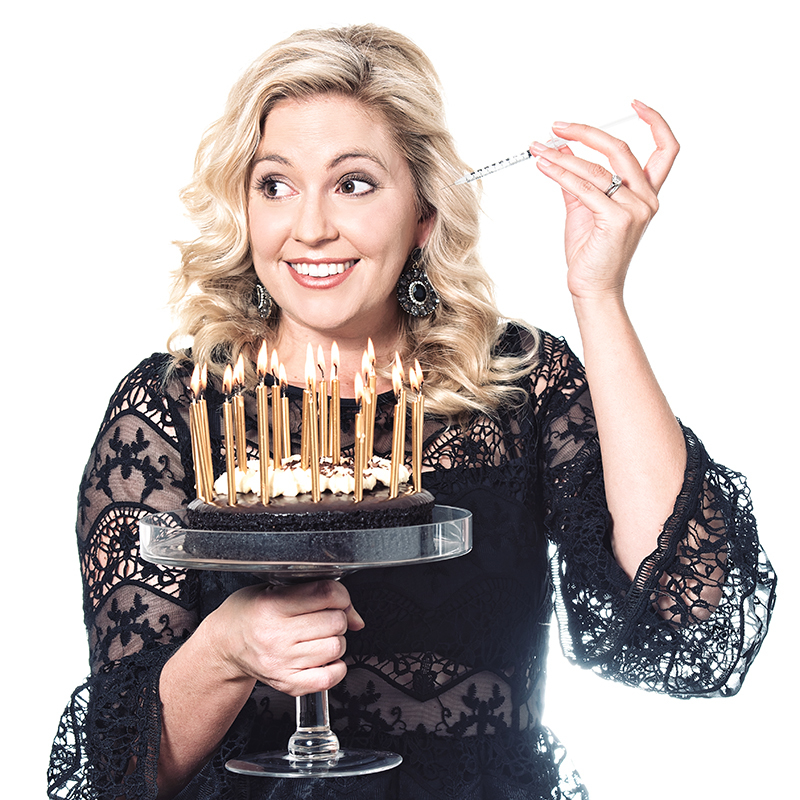 Do you still feel like you're 25 even though your birthdate insists you're not? Do you look at J-Lo and hope you can look that good at 47, even though you didn't look that good...ever?! This hilarious new show takes a candid look at ageing in a world where botox and photoshop are the norm and looking your age feels like a failure. Written by Amity Dry (The Block) after the success of her hit musical, 'Mother, Wife and the Complicated Life,' which has played at the New York Musical Theatre Festival, the United Nations, been translated into Norwegian for a European season and performed over 100 shows nationally. After winning critical and audience acclaim for her honest account of marriage and motherhood Amity turns her focus to ageing in this comedic and poignant exploration on the pressure women face to stay forever young. "Dry is instantly likeable and utterly endearing. Possessing fantastic stage presence, a beautiful voice and just the right amount of confidence." The Advertiser

Important information:
There will be two additional performances of '39 Forever' at The Octagon on the 11th and 18th of March at 17:15.