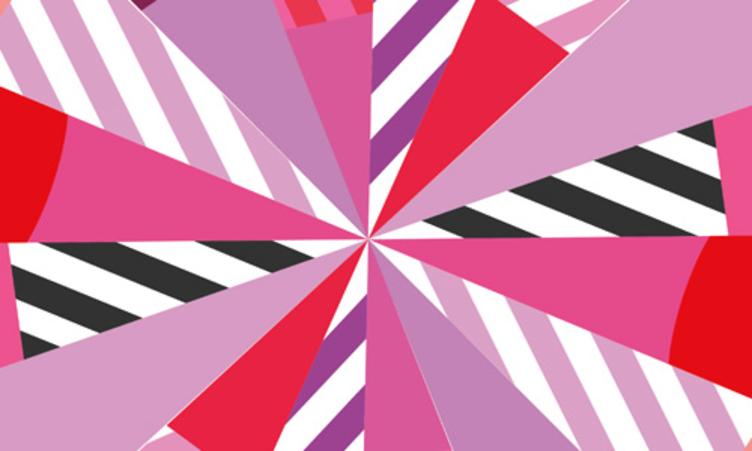 A psychedelic Fringe Kaleidoscope has been chosen as the winning design for the official 2016 Adelaide Fringe poster.

For the first time ever, the top 30 designs were displayed for the public to see on the large screen opposite the Myer Centre in Rundle Mall.

Adelaide Fringe Director and Chief Executive Heather Croall said the Fringe Kaleidoscope was “an image the judges kept getting drawn back to again and again”.

“This year’s theme was ‘Walk on the Wild Side’ and it was exciting to see people interpret that in a myriad of ways,” Ms Croall said.

“The kaleidoscope has more than a touch of 60’s psychedelia about it with mind altering patterns and movements. It’s like a Fringe carousel and we want people to be brave, jump on board and see where it takes them.”

Ms Mitchell said she was “over the moon” that her design had been chosen from a record 500 entries this year.

“I tried to represent all the interesting, colourful people who come from all over the world to our city once a year for a month of wild festivities,” Ms Mitchell said.

“Even though I’ve be living away from Adelaide recently, no matter where I am I always organise to be home for Fringe time. I couldn’t bear to miss out on the fun and I love not knowing what each year has in store.”

In keeping with Adelaide Fringe’s open-access nature, there is a long history of the Fringe poster being chosen from a design competition that anyone from around the world can enter.

The winning design will start to appear around Adelaide as anticipation for next year’s Fringe builds.