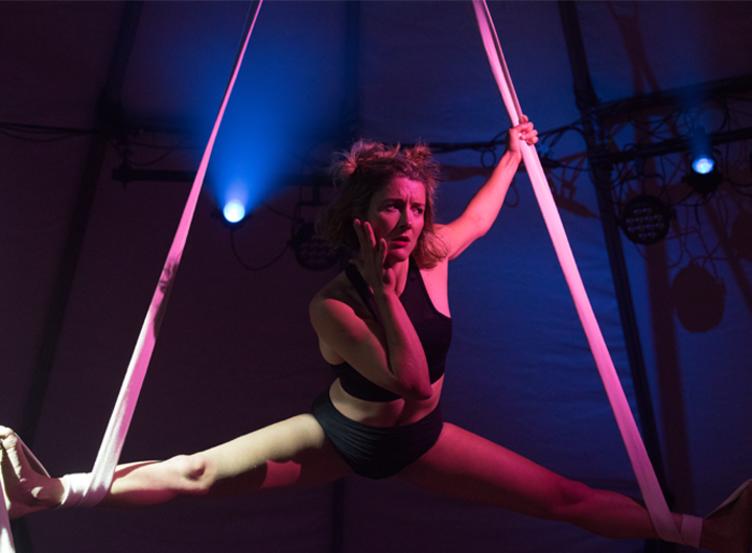 Adelaide Fringe has again broken its all time box office record with 853,419 tickets sold to the value of $21 million; amounting to a 3% increase on number of tickets sold and an 8% increase on dollar value of total Box Office compared to 2019. This result will see over $19 million box office settlements paid out to Fringe artists and venues. It is a huge injection into the arts direct from audiences to artists.

Organisers said that multiple factors have contributed to the success in 2020, including an incredibly strong program across the Fringe as well as excellent audience engagement with the new e-ticketing systems and additional functions that made the Fringe customer journey online much simpler than ever before, along with increased tourist numbers coming to Adelaide during Mad March.

The ticket sales of Adelaide Fringe 2020 were on track to be much higher—at around 10% up—but with COVID19 the number of sales reduced drastically in the final week or so.

Each year, Adelaide Fringe presents a signature project and for the 60th anniversary, this was Yabarra - Dreaming in Light, a free immersive light and sound cultural installation which attracted more than 40,000 people to Tandanya National Aboriginal Cultural Institute on East Terrace.

Adelaide Fringe Director and CEO, Heather Croall, said, "Adelaide Fringe contributes to the city in such a unique and electric way. It’s a privilege to work on such a great event designed to support the arts and artists, ticket sales feed directly into the pockets of artists and venues so it’s amazing to once again break the box office record."

“The impact of the Fringe is of course much wider than that, many businesses benefit from the enormous numbers of people attending Fringe and we are please to see that the number of tourists attending Fringe is continuing to grow which helps even more businesses see a lift during Fringe time,” Ms Croall said.

“The Adelaide Fringe program is the ultimate draw card to attract audiences each year, we have incredible artists here in South Australia who make up around half of the program and it’s wonderful to see internationally renowned artists (from here and around the globe) choosing Adelaide as a destination to present their world-class art.”

Adelaide Fringe also continued to improve on its accessibility initiatives, which continued to include partnerships with Deaf Can:Do and The Royal Society for the Blind. Adelaide Fringe was able to provide grants to Auslan interpret 8 Fringe events, with a total of 21 events offering Auslan interpretation—a record for the festival and something we aim to grow on in future years. The Access Champions program also grew, with more Access Champions assisting patrons with their access needs at venues across the city.

Access Coordinator Kelly Vincent said, "each year we see venues make a real effort to fine-tune and improve their accessibility. It’s great to see Adelaide Fringe venues thinking consciously about access because the arts is for everyone."

The 2020 Fringe on Tour saw Fringe performers pop up in Murray Bridge, Port Adelaide, Adelaide Airport and as far away as Port Augusta (Desert Fringe) to the north and Kangaroo Island to the south.

Adelaide Fringe Board Chair, David Minear, said, "our artists are the very core of Fringe. They are the face of the Fringe. But behind the scenes, we are blessed with dedicated partners—including Principal Partner BankSA, and the Government of South Australia. They, along with the dedicated Fringe team, are all genuinely part and parcel of this remarkable result."

Continued support from Principal Partner BankSA saw Fringe-goers take advantage of BankSA Support Acts program, which has seen more than 1100 tickets sold to shows by independent and emerging artists by subsidising ticket prices to the public. BankSA Cardholders have also embraced Fringe like never before, with an increase of 49% in the number of BankSA cardholder tickets purchased to participating Fringe events.

BankSA Chief Executive, Nick Reade, said that the success of this year’s Fringe was a great outcome for the artists, the venues, the organisation and the state overall.

“The Fringe generates a significant economic benefit for South Australia, through visitation, increased activity and an uplift for local retailers and businesses,” said Mr Reade.

“In BankSA’s 15th year as Principal Partner, our support has focused on increasing participation and encouraging more people to experience the magic of the Fringe,” said Mr Reade. “We’re delighted that our key support initiatives—such as 25% off a large range of shows for BankSA cardholders—has enabled us to directly contribute to increased ticket sales and the success of this year’s event.”

Adelaide Fringe is calling on the public to provide feedback on their experience at Fringe 2020 with the chance to win a Golden (Pink) ticket for the 2021 Fringe. Visit http://adlfrin.ge/Survey2020 to participate in the survey.