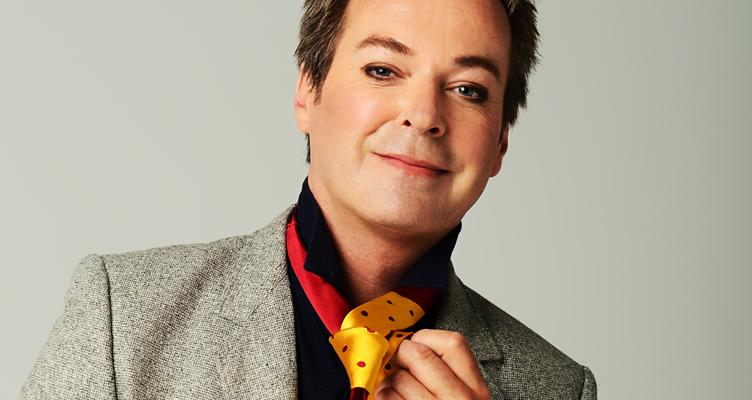 World-renowned British comic and novelist Julian Clary has been announced as the 2016 Adelaide Fringe Ambassador.

Known for his signature high camp style, his outrageous outfits and unique and somewhat bold sense of humour, Julian has enjoyed more than 30 years in the industry and has entertained millions the world over.

In his role as Fringe Ambassador, Julian will promote Australia’s largest arts festival to a national and international audience. After finding success on the UK stand-up scene in the early 1980s and a number of guest appearances on various TV shows, Clary began hosting his own gameshow, Sticky Moments with Julian Clary in 1989.

He’s since hosted and guested on many other TV shows including QI and Have I Got News For You. He has toured the UK and Australasia with his one man shows as well as appearing in numerous stage productions, including Rufus Norris’ Olivier Award winning West End production of Cabaret in 2007 in which he played the part of the Emcee.

Clary is also a published author, with three novels, an autobiography and most recently a children’s book published since 2005.

When Adelaide Fringe Director and CEO Heather Croall posed the idea to Clary, he says he leapt at the chance.

“Australians have such a brilliant sense of humour and I’m thrilled to be coming Down Under! Adelaide audiences especially appreciate comedy and Adelaide Fringe has a fantastic reputation, so it’s an honour to be offered the opportunity to further boost it internationally,” Clary said.

“In 2016, we hope to continue to uphold our reputation as one of Australia’s great festivals and to expand that reputation internationally, so having Julian on board will help us with this goal,” Adelaide Fringe Director and CEO Heather Croall said.

With a 22% increase in ticket sales in 2015 (from 2014) and attendances in excess of 2 million people, Adelaide Fringe continues to grow and 2016 is set to be the best Fringe yet.

Adelaide comedy lovers will also be treated to a dose of Julian’s signature innuendo and wit when he performs his new show, The Joy of Mincing during the month-long festival.

Julian will join previous ambassadors Paul McDermott, Katie Noonan and Kitty Flanagan, who have all sung the praises of Adelaide Fringe in past years.