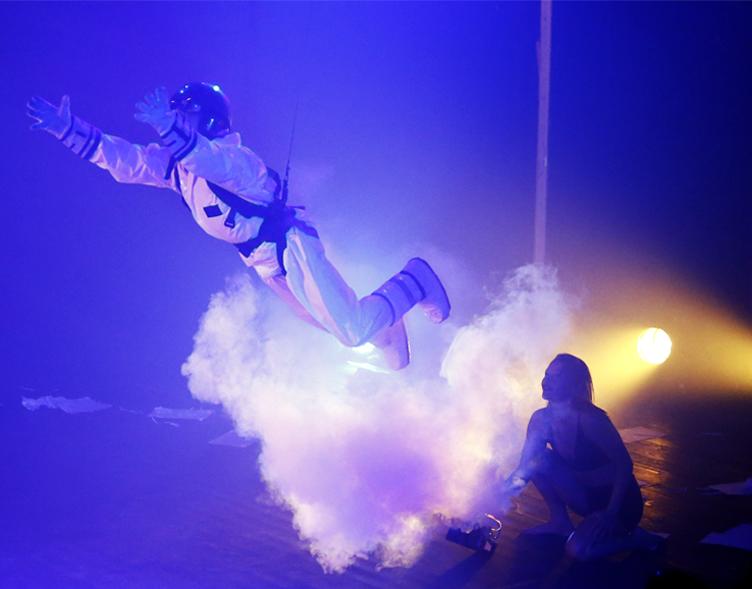 Adelaide Fringe has delivered another record-breaking year, in its Diamond 60th Birthday iteration, despite COVID-19 hitting in the last week of the 2020 festival.

As shown in its annual review, released today, the iconic 31 day-and-night event has delivered a record $96.7 million in gross economic expenditure to the South Australian economy, and generated a staggering $41.6 million in visitor-related new money to the state – an increase of 8 per cent on 2019.

Box office revenue, announced previously in March, also hit a new record with 853,419 tickets sold to the value of $21 million, an increase of 8 per cent on the total box office value of the 2019 festival. Over $19 million of this has been paid out directly to artists and venues. The Fringe once again has made a huge injection into the arts and the economy.

This year the number of visitor bed nights created by interstate and international tourists grew to 154,442, a 2.8 per cent increase on 2019. Fringe attracted an estimated 3.5 million attendances across the festival – a 6 per cent rise from last year.

Adelaide Fringe Director and CEO Heather Croall said the festival had achieved staggering growth and results over the past decade. She said the Diamond Anniversary year was no exception. “To deliver our biggest Adelaide Fringe yet – despite COVID-19 landing during the last week of the festival – is a phenomenal outcome,” she said.

However, looking ahead to 2021 Ms Croall acknowledged that Fringe in a post-COVID world presented some major challenges, particularly in relation to artists and venues feeling confident to take the financial risk of presenting a Fringe season.

“Fringe relies on artists and venues taking a risk to participate” she said. “If artists cannot afford the risk, they won’t come back. We are working on how we can reduce the fees for the participants in Fringe. Their participation is what drives the economic results, creating jobs and tourism in SA.

“Most artists haven’t been able to make any money during the pandemic. One of the key requests we’ve received from them is that we make Fringe more affordable to participate. In a post-COVID world, Adelaide Fringe has to adapt to make sure the creative entrepreneurs come back once again and bring Adelaide alive.  To do that, Fringe needs more Government support.

“It’s critical that artists and venues feel confident returning and we are discussing these challenges with the South Australian Government.”

Adelaide Fringe proudly celebrated a 15 year partnership with BankSA in 2020. BankSA CEO Nick Reade said, “Fringe is a time when we all seem to feel happier, more positive, more creative, and get out and about more. These are things that are not only good for us as individuals but also the South Australian economy. That’s why a key focus of BankSA’s sponsorship is about maximising participation in the Fringe – and the flow-on benefits for our city and state.”

Ms Croall said Fringe had an impact in SA that extended beyond just dollars and cents.

“Adelaide Fringe lifts our spirits and morale, and boosts creativity in this state,” she said. “Fringe is good for our health and wellbeing, and it cannot be taken for granted in the current environment.

“For decades, Adelaide Fringe has helped make South Australia the most creative state in the nation and we want to keep playing that role well into the future.”

Ms Croall said Adelaide Fringe was preparing for a month-long Festival in 2021 and would operate within government guidelines that may be in place at the time.

“We are all looking forward to Fringe returning, and we can’t wait to stage the brilliant, magical and world-class event that people know and love.”

Adelaide Fringe is the highest ticket selling arts festival in Australia and the second-largest Fringe in the world. The 2021 Festival will be held from 19 February to 21 March. For more information, visit adelaidefringe.com.au