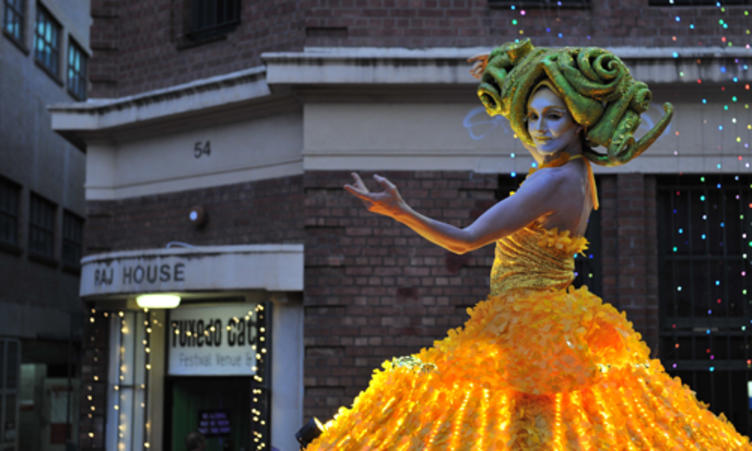 Adelaide Fringe has delivered a staggering $68.8 million of associated expenditure to the South Australian economy this year.

"This result underlines the importance of the Adelaide Fringe as a serious arts business and one that delivers a strong economic benefit to our state."

This year the total estimated bed nights created from interstate and overseas visitors also rose to almost 67,500, a 10 per cent increase on the 2014 figure.

Adelaide Fringe Artistic Director and CEO Heather Croall said the Fringe not only made a significant economic impact to the state year after year but it also made an invaluable cultural contribution.

"The Fringe is one of the best arts festivals in the world – the envy of many cities – and it's a shining light for Adelaide both culturally and economically," Ms Croall said.

Plans are well underway for the 2016 Adelaide Fringe, including a 'Street Art Explosion Project' that will see street artists paint murals on venue walls across the city and a luminosity plan to light up the entire city.

Adelaide Fringe is also introducing a new, interactive genre to the festival for 2016. The Fringe is calling for artists who create digital, immersive and experiential works to sign up to
the program and join the Digital Playground.

"We expect to see some exciting new projects on new platforms, including virtual reality and cross media works signed up," Ms Croall said.

"We're embarking on an exciting new era for the Adelaide Fringe armed with a vision to make it bolder, more energetic, more innovative and more engaging.

"Our focus must be to connect more artists and audiences and highlight venues of all sizes so we're exploring better ways to do that in the future."

BankSA Chief Executive Nick Reade said a key focus of the bank's Principal Partnership was to help improve its accessibility for South Australians.

"BankSA was delighted to play a role in helping attract more than two million people to this year's Fringe, including more than 10,000 visitors from interstate and overseas," he said.

"The Adelaide Fringe is now unquestionably a world-class event that all South Australians can be proud of, and at BankSA we're already looking forward to continuing our Principal Partnership of the event into an eleventh year in 2016."

Adelaide Fringe's economic figures are determined by independent company, Economic Research Consultants, based on FringeTIX sales information and a survey of Fringe-goers, artists and producers.

Next year's Adelaide Fringe will run from 12 February to 14 March, 2016. The program will be launched in November this year.Click here to download the 2015 Annual Review >>