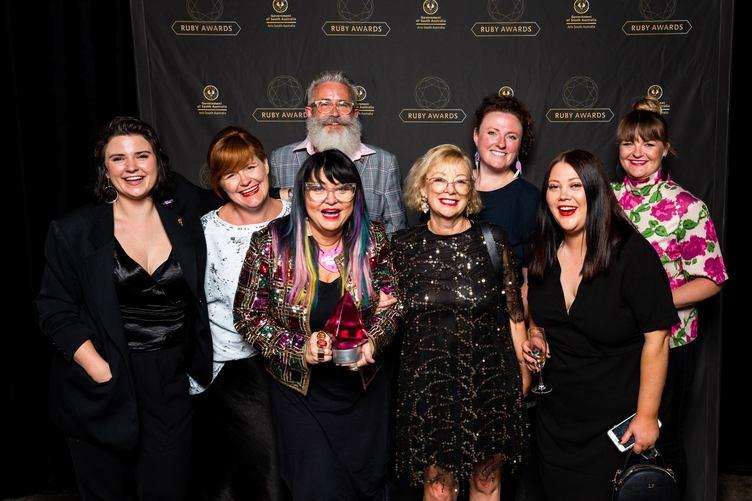 Taking home the title of Best Festival at the 2018 Ruby Awards has topped off a successful few weeks of state and national recognition for the Adelaide Fringe.

Now in its 13th year, the Ruby Awards is South Australia’s annual celebration of the state’s arts and cultural sector.

Adelaide Fringe Director and CEO Heather Croall said the “absolutely fantastic” award belonged to everyone who had ever made the festival possible, right back to when it was established in 1960.

“And that’s not to mention everyone who has ever bought a ticket to a Fringe show!

“We also owe a special thanks to Life Member Marjorie Fitz-Gerald for her work to officially establish the festival with support from the South Australian Government all those years ago.”

Ms Croall said Adelaide Fringe dedicated the award to the man known as the Father of the Fringe, the late Frank Ford AM, who passed away earlier this year.

The win comes just days after Adelaide Fringe was named the state finalist for Best Cultural, Arts or Music Event at the 2018 Australian Event Awards.

“We’re the largest annual arts festival in the Southern Hemisphere and the world’s largest Fringe outside of Edinburgh, so we’re thrilled that the impact of Adelaide Fringe is being recognised nationally,” Ms Croall said.

Rounding out the recent success was Ms Croall’s Ambassador Award from the Governor’s Aboriginal Employment Industry Clusters Program in recognition of her contribution setting up and serving as the inaugural Chair of the Arts and Culture Cluster.

The 2019 Adelaide Fringe will run from February 15 to March 17. Tickets are now on sale at adelaidefringe.com.au/fringetix