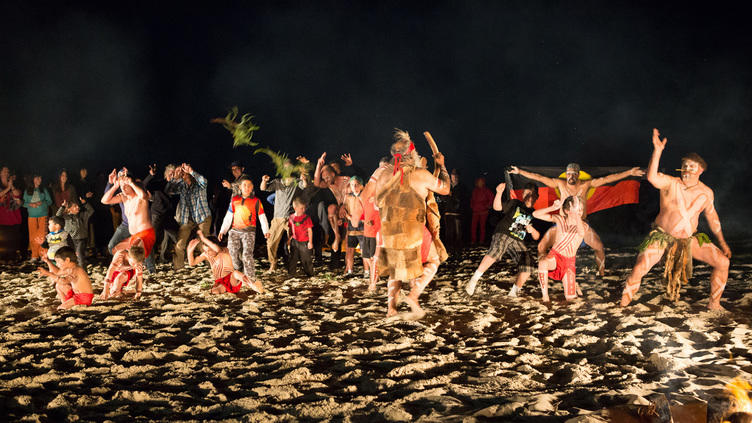 Since its inception in 2014, dozens of Australian artists have received grants from the Artist Fund to present work in the Adelaide Fringe, and many have gone on to tour the world.

The amount of funding awarded from the Adelaide Fringe Artist Fund has increased each year, and the most recent round of funding sees the highest amount ever delivered across genres ranging from circus and comedy to children’s shows and theatre.

Thirteen diverse Australian acts will share in a record $85,500 from the Adelaide Fringe Artist Fund to present work at next year’s Fringe. Projects funded this year include a large-scale corroboree on Ngarrindjeri country, a feminist cabaret show, an escape-room-style theatre adventure, an Indian-Australian contemporary dance piece and a comedy and music extravaganza featuring an ensemble of four disabled artists and an Auslan interpreter.

Adelaide Fringe Director and CEO Heather Croall said the Artist Fund received 135 applications this year and the panellists were overwhelmed by the quality and diversity of the applicants.

“The Artist Fund is designed to support ground-breaking work by helping artists cover some of the costs of presenting a show in the Adelaide Fringe. The grant recipients come from across Australia and from all different backgrounds, and we’re excited to see them present their powerful and challenging work at next year’s festival,” Ms Croall said.

“We’re thrilled that we’ve been able to support so many performers this year as a result of the amazing generosity of our Fringe customers and supporters who donate to the fund all year round.”

The latest Artist Fund grantees represent a cross-section of genres – including children’s events, theatre, circus, cabaret and interactive. If you would like to donate to the artist fund, visit the link below: A large-scale corroboree where audience and performers meet on the dance floor in a ground-breaking event that brings people of all races together in a celebration of the song and dance of the first Australians. Dupang is an immersive cultural experience on Ngarrindjeri Country led by Major ‘Moogy’ Sumner, AM. Participants will engage with Ngarrindjeri cultural leaders learning dance, story, language and song from the Coorong clans of the Ngarrindjeri Nation. Not Today’s Yesterday blends classical Indian dance (Bharatanatyam) and contemporary dance in a striking, intelligent and engaging evisceration of ‘pretty’ and ‘suitable’ historical stories. It is a one-woman show which subversively co-opts whitewashing against itself. The inspiration stems from our concerns that revisionist and airbrushed histories have become a central issue of tension throughout the world, in particular Western democracies.

It’s about small moments – crying in the car before you go inside to make dinner, glimpsing the edges of something strange on your drive home. You leave the house. You get into a stranger’s car. You go for a drive. It’s not real though, because you met them online. Part simulated drive, part actual drive, part love song to being left alone. Or driving away. Or accidentally being hit by a car. Dion is an ode to fitness, heartbreak and the things you see when you choose to look. Welcome to the PO PO MO CO universe: a large physical comedy ensemble with a queer heart and satirical edge. A tongue-in-cheek LGBTIQA+ ‘dinner and a show’, Recreation and Leisure aims to reflect a recognisable Australia and subvert it through a queer perspective. Through high-camp characters, elaborate costumes, queer relationships and debauchery they lovingly skewer (and barbecue) the Australian psyche. Three empowered talented women out front talking about their private lives, promoting a consensual, respectful and fun sexual experience, talking/shouting/singing about sex and bodies in a way that has not been seen on the Australian comedy stage on such a scale before. The aim of this show is to give a new forum to the idea of modern feminism as inclusive, intersectional and important, through the themes of consent, rape culture, cat-calling, and bodily autonomy in a celebratory, hilarious and inclusive way. Jelly or Jam is a celebration of individuality and play, an acrobatic adventure allowing young people to escape from what is real into a rearranged world and return to reality understanding more about being themselves, accepting each other and caring for humanity. To relay these concepts to young audiences, Jelly or Jam uses two performers and three blocks of jelly of varying consistency and size. These differing consistencies are related to the physical and emotional strengths, weaknesses, vulnerability, and adaptability in all people.

Rachel Edmonds – HAVE YOU TRIED YOGA?

Have You Tried Yoga? explores modern-day ‘ableism’ – the kinds of things people say to dismiss, manage and essentially blame the disabled community for their incurable conditions. This piece is partly autobiographical but also contains a rich, verbatim script and stories from real people living with chronic illness and disability in the Australian community. The show explores lived experiences through text, abstract movement sequences and unexpected but illuminating comedy. The work aims to both educate the able-bodied community and help the disabled community feel understood and acknowledged.

The smartphone generation has created teens and young adults who spend more time interacting with their friends through social media than face to face, go on less dates, enter adulthood later and are lonely and more depressed, as documented by psychologists. Selfies After Dark puts the audience in the shoes of a social media celebrity, who has ideal looks and an ideal lifestyle, yet struggles to live up to her online image as she battles severe mental health problems.

House of Sand – PEDAL AND CASTLES An ensemble of four artists brings a variety of skills – including singing, songwriting and comedy – all wrapped up in a cabaret-style work. Together they have written, developed and will perform a show that challenges everyday perceptions of what it means to live with a disability. Full of side-splitting antics, glorious music and heart-warming stories, the Indelability Arts cast (in various roles) take to the stage at their local annual open mic night. No two shows are ever the same.

Aboriginal and Torres Strait Islander arts are a rich contribution to the world’s culture, and to Adelaide’s diverse contemporary culture and national identity. This project celebrates Aboriginal and Torres Strait Islander cultures as living forces with their own strengths and influences, not just as remnants of the past. Traditional language in song is vital to assisting Indigenous communities to preserve and learn language. By placing language in contemporary music it places it into a current context and showcases the relevance of language in contemporary society. The Worst is an interactive vaudeville theatre spectacular set in a video game. It stars a lovelorn, ex-queen octopus named Clara Cupcakes. It will be Clara's third solo hour and she wants to challenge what a comedy show looks like. On paper, the notion of a drag-inspired octo-queen played by a vaudeville clown acting out her break-up in a 16-bit video game with crowd interaction, audience immersion and 350+ cues sounds unfeasible. In reality, Clara has achieved a surreal, beautiful show that brings relatable, heartfelt feelings into a fantasy world. It has original music, interactive animation, slick production values and clever audience participation. Grandma is a character that Nikki Britton has been performing for adults and children for more than 10 years. She is cheeky and inclusive, and her humour entertains kids and adults alike. This will be the first full-hour Grandma show she has created. There will be live illustrations projected onto a screen at the back of the stage so that as Grandma gets the kids on stage to share their ideas, they see those ideas blossoming out of their minds as the illustration is created in real time behind them, with humorous commentary from Grandma.