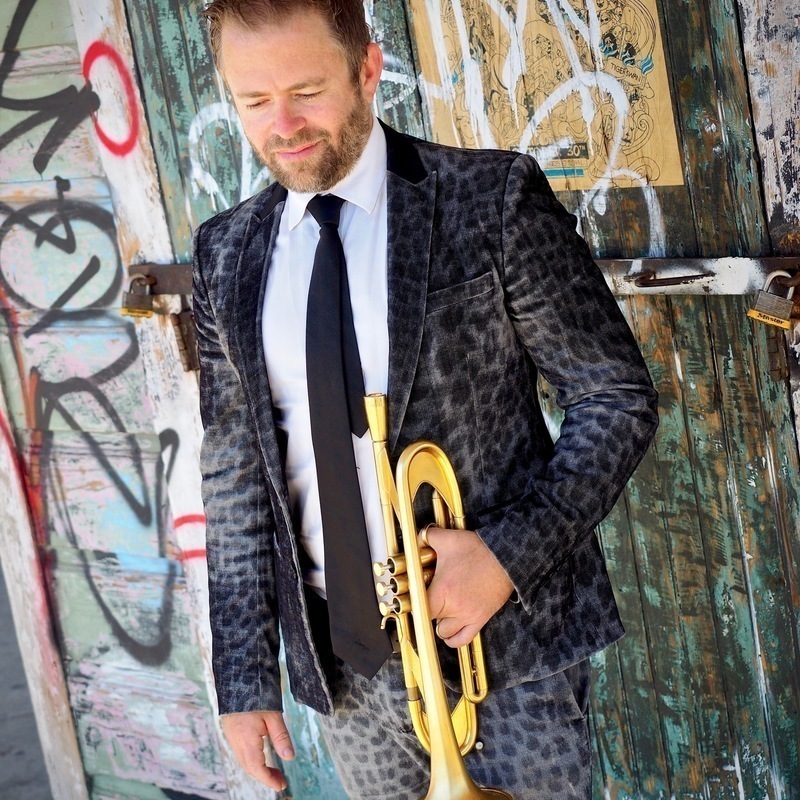 "I can add to the list of outstanding showmanship of Australian Jazz Heroes, Adam Hall and the Velvet Playboys" Australian Stage

Adam Hall and the Playboys will present a full band with full horn section and many vocalists live on stage. Imagine hearing Prince in a New Orleans style, Elton John in a vintage RnB style, Bruno Mars in a Louis Prima Vegas style or MC Hammer as a Swing Era Classic and many many more.

The amazing repertoire such as "Marry You", "Seven Nation army", "F*ck You", "U Can't Touch This" and other classic hits will have you dancing in the aisles

Adam Hall is an accomplished Trumpeter, Vocalist and Composer based in Perth, Australia. He began playing in 1990 at the age of ten, and later studied the craft at Berklee College of Music in Boston, USA.
In his early career Adam played at the Sydney Olympics and was Artist in Residence at Southbridge Jazz Club, Singapore. He has worked with numerous talents such as: James Morrison, Don Burrows, 45-year-long former leader of the Count Basie Orchestra Frank Foster, Shirley Horn's band, Vanessa Amorosi and Grace Knight.
In 2005 he formed a classic Rhythm & Blues band, ‘Adam Hall & The Velvet Playboys’. They have become an institution of Perth’s music scene and fast becoming ‘veterans’ of the international music scene touring Asia, Europe, USA; at the world’s most renown festivals and clubs.