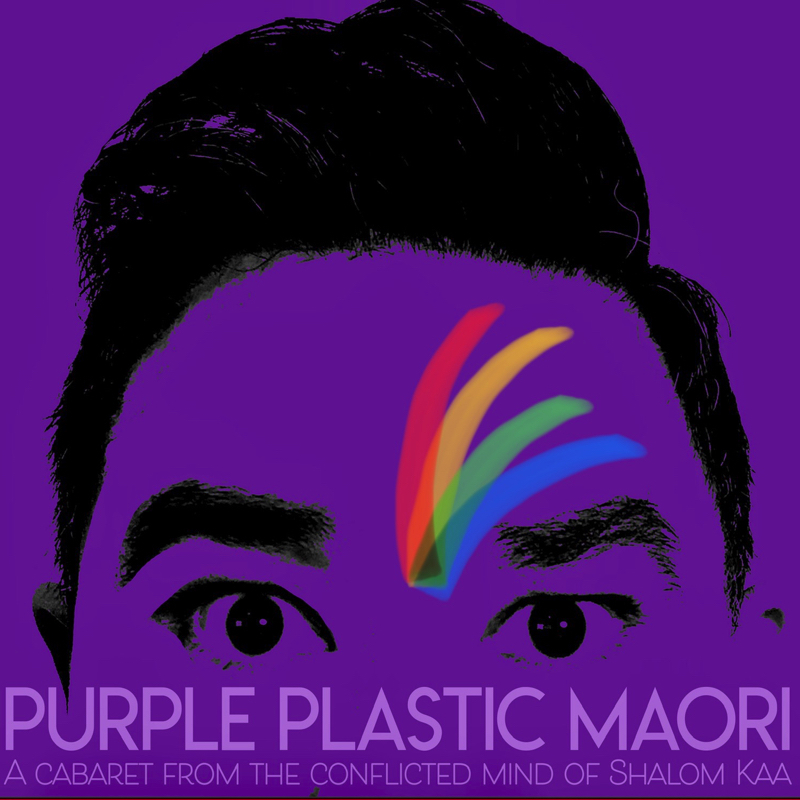 What do you do when you don't want to be Maori or gay? You turn it into a cabaret of course! From the sheep farms of rural NZ to Sydney, Melbourne and on to Darwin, singer/actor/comedian Shalom Kaa takes you on musical, comical and poignant trip through artistic, cultural and sexual identity.

"Growing up in the '80s, I was Maori but looked Asian, had the most Jewish name ever, I was clearly gay, my family were Jehovah's Witnesses and my dad loved telling tall stories. Life felt far from normal - I was a plastic Maori. But my parents were also musicians; music would be my saving grace"

From a sold-out season debut at the 2019 Darwin Festival, the show took home the Award for People's Choice and won Best Producer. You will sing, laugh and you may even do a war dance. Kia Ora.

Shalom grew up as part of a large Maori family of musicians who in NZ. Relocating to Darwin in 2015, Shalom made a smooth transition to musical theatre with the title role in Jesus Christ Superstar (2015), dual roles in For The Term of His Natural Life (2016) and the lead role of ‘Freddie’ in Chess (2017). He was the Artistic Director for sold out seasons of Beatles Cabaret (2016) and ABBA Cabaret (2017), which he also choreographed. In 2018 he wrote, directed and had a cameo role in Voices of Remembrance: A Territory Story of War and Peace. His theatre credits include John Hale in The Crucible and several roles in short films; he is also the Music Director for True Colours Chorus, Darwin's first LGBTQIA+ choir. PPM also features the very skilled guitar work of fellow Kiwi, Aden Mackay.